The Dive Bar north of San Pedro Town held its first fishing tournament, dubbed ‘303 Wahoo Challenge 2020’ from Friday the 17th to the 19th of January. The fishing tournament saw 17 teams set out to sea in hopes of landing the winning fish and capture the top prize. From as early as 6AM, teams headed out, set about fishing, hoping to catch the most Wahoo. At the end of the competition, it would be Team Arsenal, captained by Jody Leslie, who walked away with the ultimate prize. The event was also serenaded with a music festival that included live local and international performances throughout the weekend. 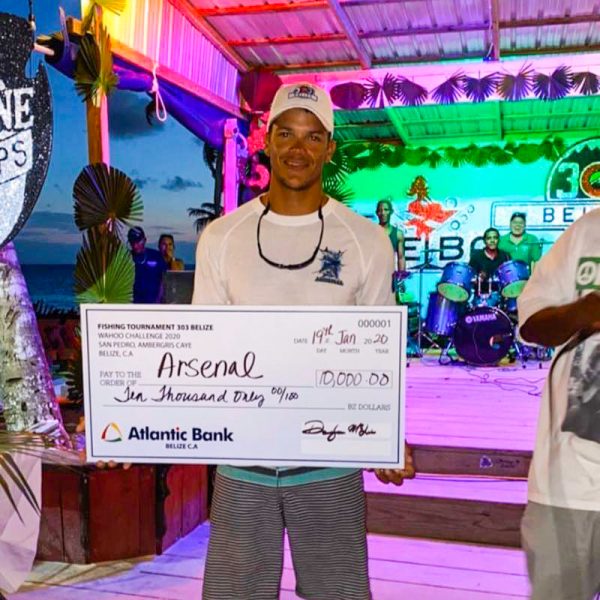 During the competition, all boats left early in the morning to the open sea beyond the reef, and lines had to be out of the water by 4PM, except on the last day, which had a midday deadline. Although the weather did not seem favourable, the skilled seamen took on the challenge and survived. To win the tournament, teams had to fish the two heaviest Wahoos. While several teams managed to capture Wahoo of various sizes, Team Arsenal topped the competition with two massive fish weighing a total of 84 pounds, netting them the first-place prize of $10,000.00 BZ. Second place went to Team Jollymon with two Wahoos totaling 83.5 pounds. Team Mad Storme, with 73.5 pounds of fish claimed third place.
According to Leslie, the first day seas were very rough, making the competition extremely challenging. “There was lots of rain and squalls,” he said. “But we managed to catch two Wahoo the first day weighing in at 46lbs and 38lbs.” On the last day of the competition, they landed a 31.5 lb Wahoo. 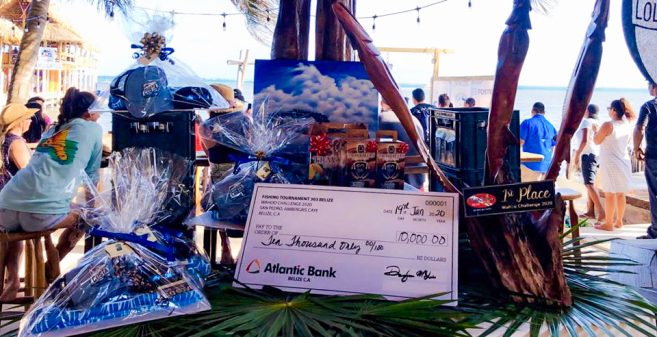 The tournament’s entertainment featured the Panerrifix Steelband from Belize City, Super Furia from Orange Walk Town, and all the way from Colorado USA, the Gasoline Lollipops. Other performances included Erin Castellano, Amaurys and the Mangrove Riddims. 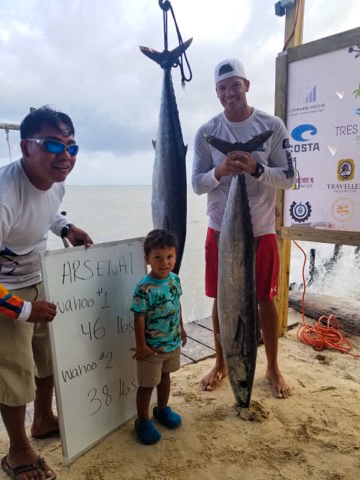 The Dive Bar thanks everyone who made the event possible. They give a BIG thank you to the participating teams and congratulate all winners. The event is expected to become an annual event hoping to attract more participants next year for another better and bigger show.

According to the Belize Game Fish Association, the next fishing tournament is Frenchie’s Offshore Open to be held in Caye Caulker, May 23-24, 2020.