The National Amateur Women’s Tournament (NAWT) came to San Pedro Town on Saturday, March 7th, hosting a football match between San Pedro Invaders and Verdes Rebels of Cayo District. The visiting squad dominated most of the game, and although the Invaders tried their best, at the end they fell short, 3-2. 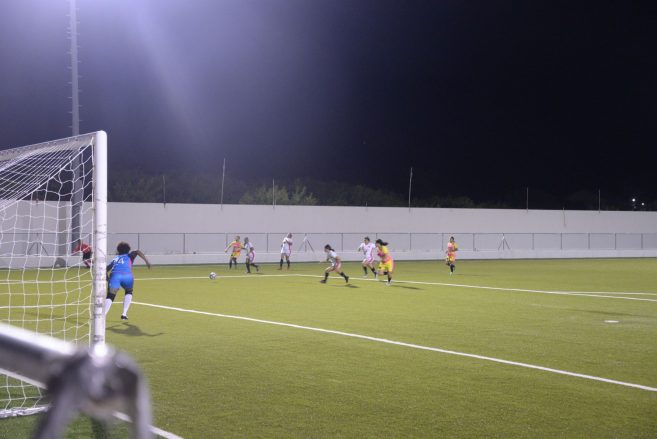 The match began at 7:30PM, with Verdes pressing against San Pedro Invaders’ defence. Eight minutes into the first half, Verdes’ Diana Pacheco headed a ball via a corner kick, scoring their first goal. At minute 13, Elizabeth Escobar scored the second goal for Verdes Rebels via a second corner kick. A couple minutes before the end of the first half, Tamara Baptist stepped into the pitch, joining the San Pedro Invaders. During the injury time, Baptist executed a spot kick which Verdes Rebels’ goal keeper could not slap off. By halftime, San Pedro Invaders retreated to the lockers at a 2-1 disadvantage.
In the second half of the football action, Verdes’ Ana Sanchez found the opportunity and at minute 78 scored their third goal. The remainder of the game did not see much development, but Verdes was not able to further its lead either. San Pedro’s top player of the evening, Baptist once again helped her team to try and close the gap. During injury time, Baptist managed to net a second goal which led to a final score of 3-2, in favour of Verdes Rebels.
That same evening, Rumberas demolished Toledo Divas 4-0 at the Cowpen Field in southern Belize. Dangriga warriors smashed Santa Elena Strikers FC 5-0 and Altitude Chics were blown out by Stann Creek Hyper Jewels 5-0 at the Carl Ramos Stadium in Dangriga Town. 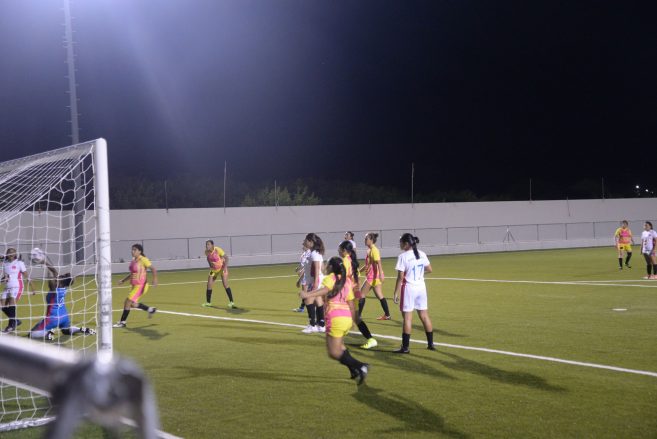 On Sunday, March 8th, Jewel Fury blasted Cayo Dreamers 7-1 at the Norman Broaster Stadium. Meanwhile, Gladiators defeated BDF FC 1-0 at the People’s Stadium in Orange Walk Town.
Upcoming games in the NAWT include:
Saturday, May 14th
Rumberas vs Stann Creek Hyper Jewels at 3PM at the Cowpen Field.
BDF FC vs Verdes Rebels at 4PM at the MCC Grounds
Jewel Fury vs Santa Elena Strikers at 5PM at the Isidoro Beaton Stadium
Sunday, March 15th
Altitude Chics vs Toledo Divas at 3PM at the Michael Ashcroft Stadium
Cayo Dreamers vs Dangriga Warriors at 4PM at the Norman Broaster Stadium
Gladiators vs San Pedro Invaders at 4PM at the People’s Stadium.