Island football player Ada Cordova, along with a team of supporters, is holding a female football camp under the name ‘Goals for Girls,’ from Friday, July 24th to Sunday, July 26th at the Ambergris Stadium. The first day of the camp saw several young female players taking classes from national level football coach Joseph Waight. 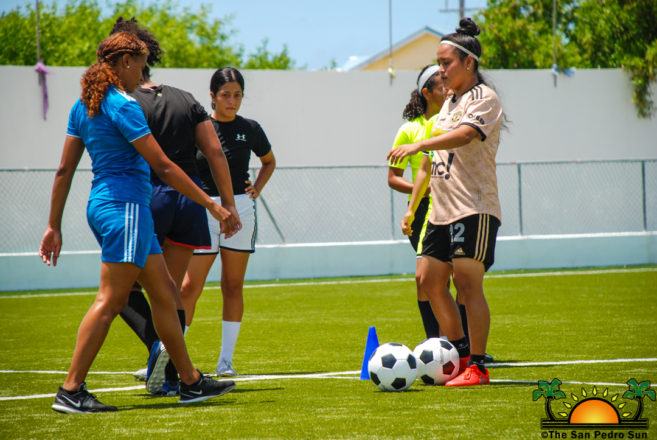 Goals for Girls camp will be taking place from 9AM throughout the weekend and will concentrate on teaching the participants the fundamentals of football. Cordova told The San Pedro Sun that the idea of holding such a camp had been in works from some time ago. After moving to Belmopan City where she studies, she has played all sports, but the main one is football. Cordova says she noticed throughout her experience that aspiring players sometimes lack the fundamentals of the game. 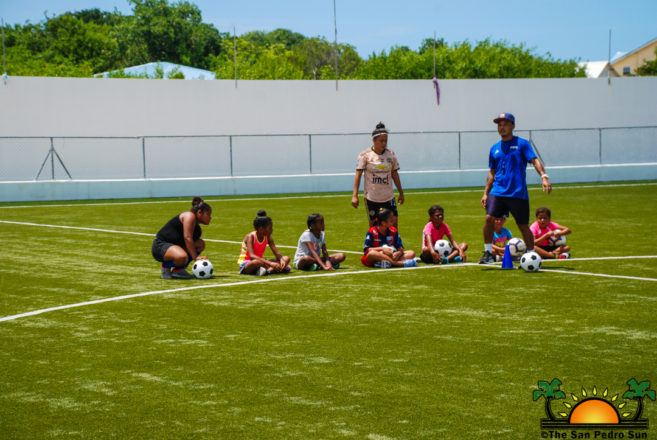 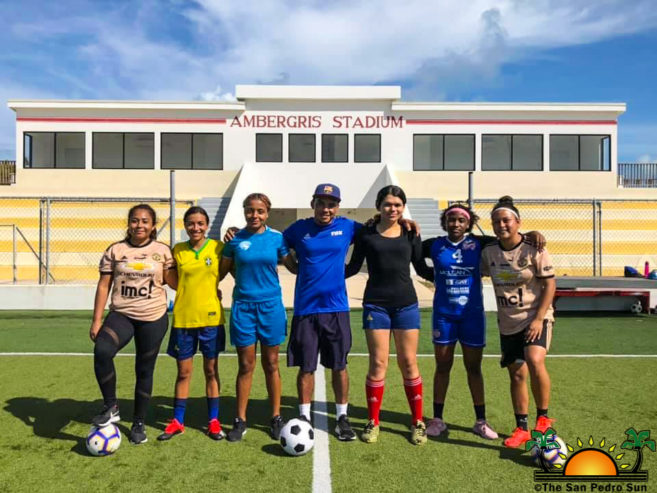 Cordova is being supported by colleagues and female players from different teams across the country. Sabrina Eiley and Zulma Ortega playing with Team Sagitun, Jayda Brown of Team Jewel Fury, Miriam Villamil and Julissa Mejia of Team Gladiators along with Coach Waight. Throughout the camp participants will also be doing drills in passing, juggling, and scoring. 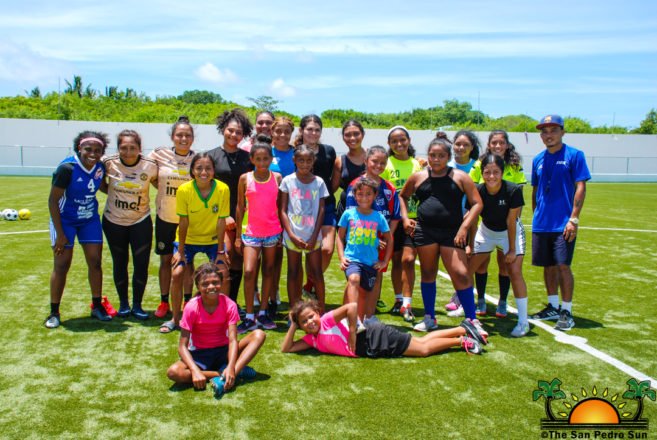 On the last day of the training camp, a marathon will be held and participants will receive certificates for taking part in this first-ever female football camp.

Cordova thanks everyone who has supported this project and hopes to continue teaching the younger generations about football. She also extends a BIG thank you to the San Pedro Town Council and a number of island residents who made the football camp possible for their support and sponsorship.