On Monday, December 20th, island mixed martial arts (MMA) fighter and instructor, Martin Dawson, was officially named the representative of Teyaochihuani in Belize, an independent association of kickboxing and self-defence based in the Mexican state of Veracruz. Dawson was visited by Teyaochihuani’s president and Mexico’s national director of kickboxing Ernesto Hernandez. Both are currently working on hosting at least two kickboxing events in Belize next year, with a title match that will see a Belizean champion representing the country at an international fight in Veracruz in July of 2022. 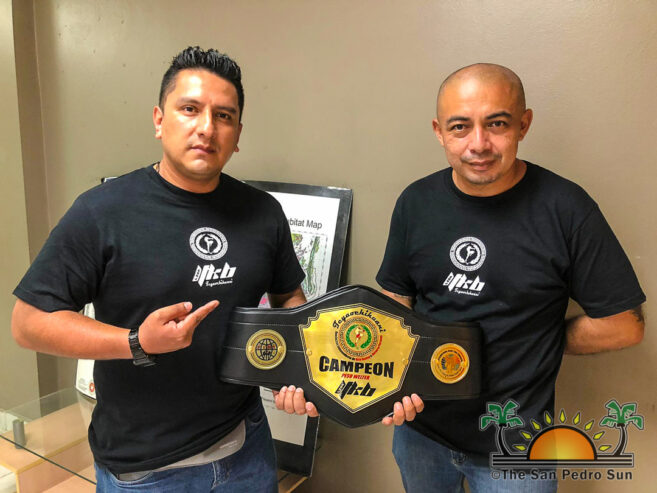 Hernandez and Dawson’s affiliation grew stronger following his participation in a kickboxing event in Veracruz last November, organized by Teyaochihuani. The idea then emerged for Dawson to become this association’s director in Belize. Dawson and Hernandez spoke with The Sun about their plans to organize similar events on the island. They have showcased the title belt in the Welterweight division to be disputed in Belize. According to Dawson, fighters from every training school in Belize will have the opportunity to participate in the upcoming events planned for 2022. 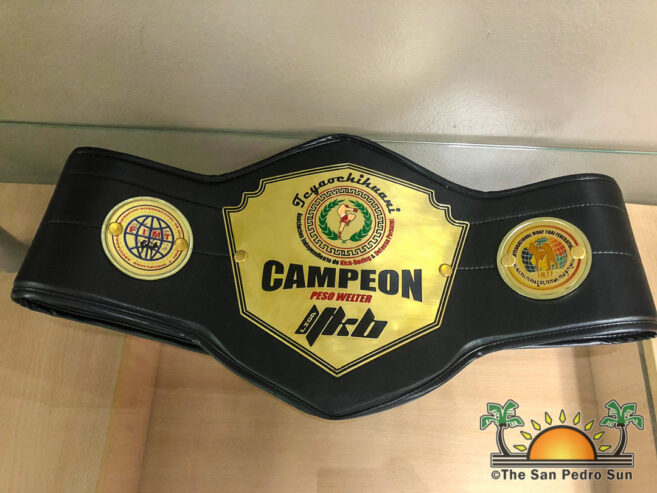 One of the conditions is that the schools must affiliate with Teyaochihuani first. This affiliation can be accessed via Dawson. Hernandez and Dawson explained that if the COVID-19 regulations permits and the events are confirmed, the top winners of the first bout will advance to participate for the title belt in a second fight. The top winner of the second fight night/event will then represent Belize at the fight in Veracruz. The champion will also qualify to participate in another international event in November 2022 in Spain.

Dawson added that the International Muay Thai Federation recognizes the title belt. The holder will receive an electronic certification accessible via a QR Code or a Uniform Resource Locator or URL. The holder of this belt will need to defend the title and can only keep it after three consecutive victories.

Dawson said that bigger plans are in store for Belizean fighters. He says that they will focus just on kickboxing for now, but other disciplines like Muay Thai and MMA will be made available in the future. Dawson believes that there are very talented Belizeans across the country, and he hopes to become that bridge for the discovery of such talents and help these athletes achieve their goals. Dawson thanks Teyaochihuani for the opportunity, and special mentions go to Juan Rojano Yobal, director of the FIMT-IMTF (Federacion International de Muay Thai) in Mexico. This association supports Dawson as Teyaochihuani’s director in Belize.