The Football Federation of Belize (FFB) welcomed George Price Day on Saturday, January 15th, beginning the National Elite Youth Championship country-wide. The tournament with teams in the U-20 and U-17 divisions saw plenty of action in San Pedro Town, with the island teams marking one victory, one draw, and one loss.

In San Pedro at 10AM, San Pedro Women’s U-20 took on the Orange Walk team at the Ambergris Stadium. At minute 19, Tanya Teul scored for San Pedro, followed by a second goal at minute 32 by Babee Lopez. The visiting team continued trying to find an opportunity to score. They got a break at minute 36 when Kaite Jones scored for the first and only time for Orange Walk. 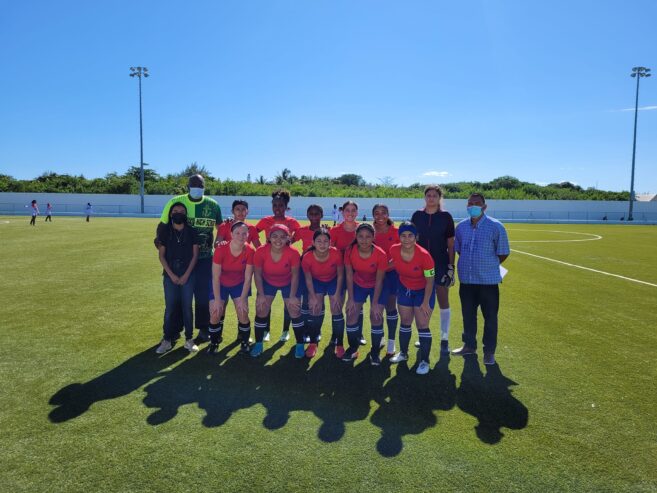 The second half only saw one goal in favor of San Pedro at minute 88 by Samira Sorto. With this win and based on the results across the country, San Pedro’s and Belize’s are currently leading in the Women’s U-20 division.

Two hours later, at 12-midday, the island’s U-17 male team took on Orange Walk’s squad. The first goal against San Pedro came at minute six by Orange Walk’s Diego Chan. At minute 14, San Pedro’s Edward Reyes evened the score. At the end of the first half, that game was 1-1. 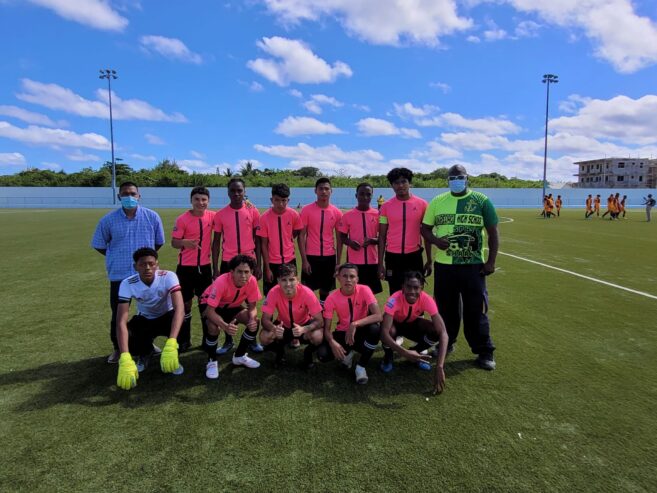 In the second half, Orange Walk once again advanced with a goal at minute 51 by Nigel Tillett. The game was intense, and eight minutes after, Primitive Martinez tied the game for San Pedro. At minute 63, Chan came back to score for Orange Walk again. The game continued 2-1 in favor of Orange Walk until minute 78 when Steven Almendarez scored for San Pedro. With no more goals scored, the game ended 3-3. The top team under this division is the squad from Belize with three points.

San Pedro does not have a team playing in the U-17 women’s category. Following the weekend’s games, Belmopan and Corozal dominate the division. 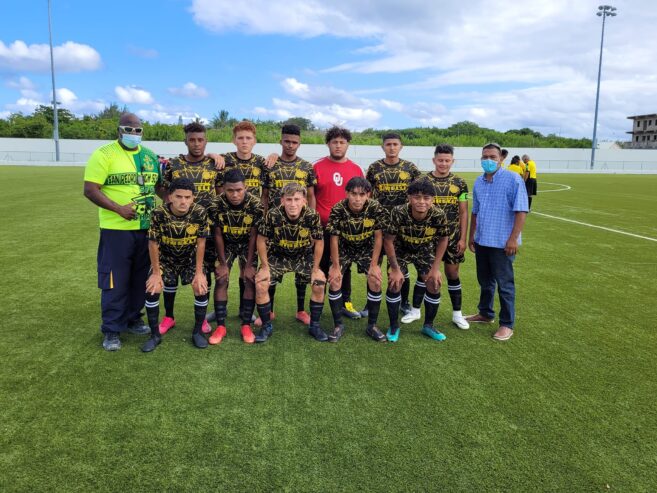 The last game on the island at 2PM was between the male U-20 against Orange Walk’s group. A more dominant team bombarded the island boys. The only goal in the first half was at minute 5 when Tyrese Augustine netted the first goal for Orange Walk. San Pedro played defensive and could not score. In the second half, at minute 50, Orange Walk’s second goal was scored by Jaheim Augustine. San Pedro needed to change their game play and their strategy, scoring their first goal at minute 56 by Jarret Rubio. The island boys went on the offense to seek more goals, but it was almost impossible to overcome the other team. Orange Walk scored their third goal at minute 56 by a strong shot by Belarminio Esquivel, sealing the game 3-1 in their favor. After tallying the wins, the top teams in this group are Belize and Orange Walk teams.

The games continue this weekend. The schedule for the games on Saturday, January 22nd, will see the San Pedro teams traveling to the mainland. San Pedro Women’s U-20 is traveling to Corozal Town for a game set for 2PM at the Santiago Ricalde Stadium. Around that same time, the Men’s U-20 will play against Belmopan at the FFB Stadium. At the same time, San Pedro Men’s U-17 team will take on the Belmopan team at 12-midday at the FFB Stadium.