On Sunday, February 20th, the San Pedro Pirates netted another victory after defeating Altitude FC 1-0 at the Football Federation of Belize (FFB) stadium in the capital city of Belmopan. The island team is now preparing to host a home game on Saturday, February 26th, against the league’s top team Verdes at the Ambergris Stadium.

The game starts at 6:30PM, and following the COVID-19 protocols, only 50% of fan attendance will be allowed inside the stadium. In addition, fans must show proof of vaccination, an identification document (ID), wear a mask, and observe social distancing. 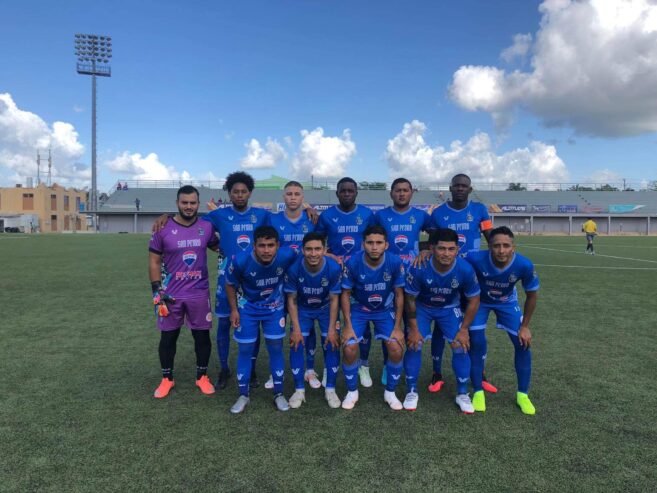 San Pedro Pirates’ latest win has catapulted the island boys to second place in the competition. This win was not easy as they faced a strong team, Altitude, who did not give the island players many opportunities in the game’s first half. At the end of the first 45+ minutes, the match was goalless.

The island squad was more aggressive in the second half and further pressured the Altitude defense. These efforts were still proving difficult to get through the Altitude’s barrier. Then, during minute 71, a Pirate centered a ball into the goal zone, perfect for a header. Altitude’s goalkeeper left his safe area and went for the ball. However, Alejandro Carillo made it first to the ball and headed it into the goal, scoring for San Pedro. This was the only goal for the match, and San Pedro Pirates returned to the island with another win in its records.

The game on Saturday will open the opportunity for the island boys to become the top team of the FFB Top League.