The Belize women’s national football team wrapped up their participation in the FIFA Women World Cup qualifiers on Tuesday, April 12th, with a 3-0 victory over Barbados. With this win, Belize grabbed third place in Group D, followed by Panama and El Salvador. However, the Lady Jaguars did not advance to the next competition stage for a ticket to the women’s world cup in Australia and New Zealand in the summer of 2023. 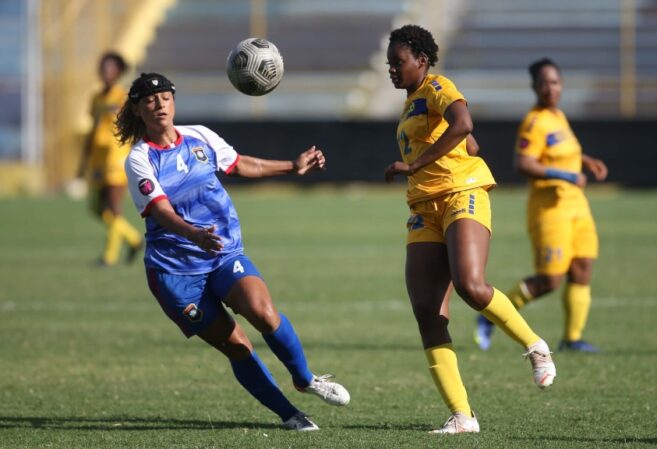 The match against Barbados was at the Cuscatlan Stadium in San Salvador, El Salvador. At minute 4, Belize’s Defender Shante Chacon was ejected from the game for bringing down Barbados’ Soraya Toppin-Herbert as she approached the goal area. The game continued with Belize only playing with ten players.

Team Belize continued playing, yielding offensive results at minute 38 when Shendra Casimiro swept the defense and opened the score chart. Ten minutes after, the Lady Jaguars doubled their score. This time Casimiro was the provider. Casimiro played a pass to captain Jayda Brown, who dribbled around Barbados’ goalkeeper and then kicked the ball into an empty goal.

The Lady Jaguars scored their third goal in stoppage time in the second half. Barbados goalkeeper spilled the ball after a soft shot. Brown was in the ideal position to score.

The competition to qualify for the women’s world cup continues, but in this case, only Panama will advance as the leader of Group D.

Lady Jaguars netted one win, two losses, and one draw throughout the qualifiers. They were defeated in their first two matches. On February 16th, they lost 6-0 against El Salvador. On February 20th, they faced Panama and were crushed 8-0. A month after, two other games took place in which the Belize team showed improvement. On April 6th, they drew 1-1 against Aruba, and on Tuesday, April 12th won 3-0 against Barbados.

The final standings in Group D have Panama in the first place, followed by El Salvador, Belize, Barbados, and Aruba in the last place.