San Pedrana Karol Maldonado Claros was selected as the Female Executive Member of the Premier League of Belize (PLB) following the Seventh Ordinary Elective Congress of the said institution on June 2nd in Roaring Creek Village in the Cayo District. 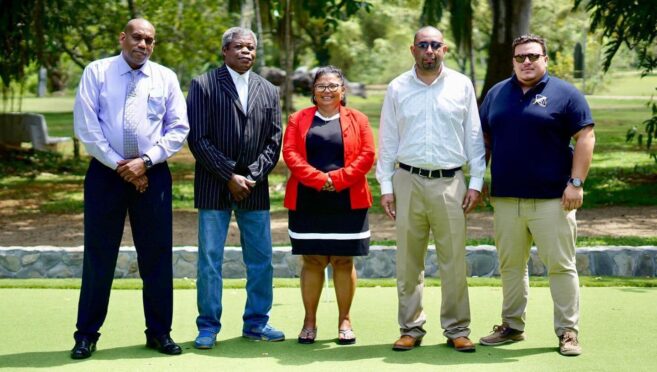 The other members of the PLB’s new executive board include Ian Haylock-President and Godfrey Arzu-Vice-President along with the other Executive Members Lorin Frazer and Jordan Zabaneh. The election was overseen by the Football Federation of Belize (FFB) Electoral Committee Chairman Dale Cayetano, a representative from the Elections and Boundaries Department Nadino Reid, and Justice of the Peace Ken Fuller along with the FFB’s General Secretary Earl Jones.

The PLB opening football season is expected to start on July 23rd with nine teams participating. The teams will play a double round robin with playoffs afterward to determine the champion of the season. The champion will represent Belize in the 2023 Central American Club Championship. The nine clubs participating include Bandits Sports, San Pedro Pirates, Placencia Assassins, Verdes FC, Altitude FC, Wagiya FC, Freedom Fighters, Police FC, and the Belize Defence Force.

The PLB had been out of commission after election issues landed the organization in court. The issues were settled earlier this year. During its absence, it was replaced by the FFB Top League, which they helped to organize. The PLB is the highest competitive football league in the country. It was founded in December 2011 following the merging of the Belize Premier Football League and the Super League of Belize.

Photos:SJCJC Male and Female Teams, SPJC and WJC move on to represent the North and Central at ATLIB National Volleyball Competation