The island’s premier football team, the San Pedro Pirates, landed a 3-2 victory over Port Layola after a home game held over the weekend at the Ambergris Stadium. The game marked the tenth week of the Opening Season of the Premier League of Belize. 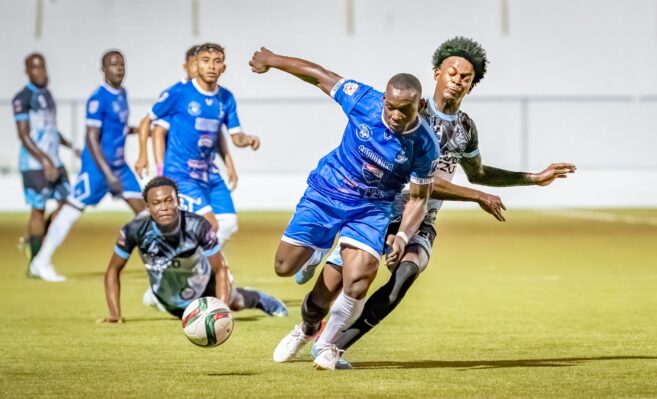 The game played on Saturday, October 1st, saw a large crowd of Pirates fans attending, eager to support their team. The first goal for the Pirates came in the 23rd minute and was scored by Andir Chi. A minute later, as the fans were cheering, the island team suffered an auto goal, and the game tied at 1-1. This error did not bring down the team’s spirit, and to make up for the upset, Horace Avila lit up the hope and scored the Pirates’ second goal in the 45th minute. At the end of the first half, the home team retreated to the locker room with a 2-1 lead.

In the second half, Pirates’ Luis Valdez netted the third goal in the 66th minute to give his team a solid lead. Port Layola was not going down without a fight, and in the 85th minute, Calvin Young scored the visiting team’s second goal. This was the game’s last goal, and when the long whistle blew, the San Pedro Pirates secured a tight 3-2 victory. With this win, the island is now in third place in the PLB ranking. 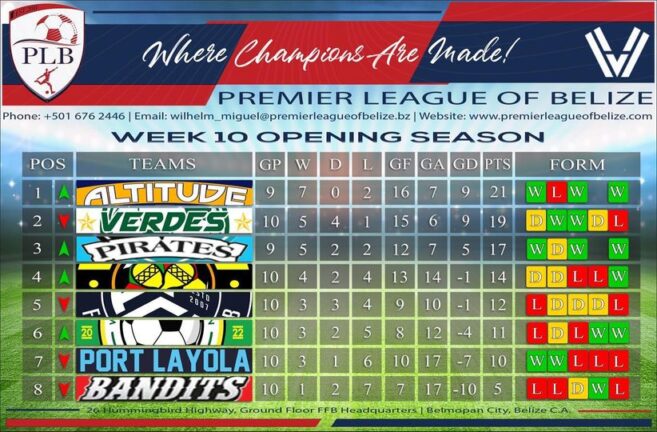