After some delays, the Opening Season championship in the Premier League of Belize (PLB) took place on Sunday, December 11th, at the Isidoro Beaton Stadium between Altitude FC and Verdes FC. The anticipated final match in the season saw fans from the San Ignacio Town, Cayo, and Independence, Stann Creek areas flocking to the stadium in the nation’s capital of Belmopan, where after an intense penalty-kick shootout, Altitude FC emerged as the winner of the 2022-2023 PLB championship. 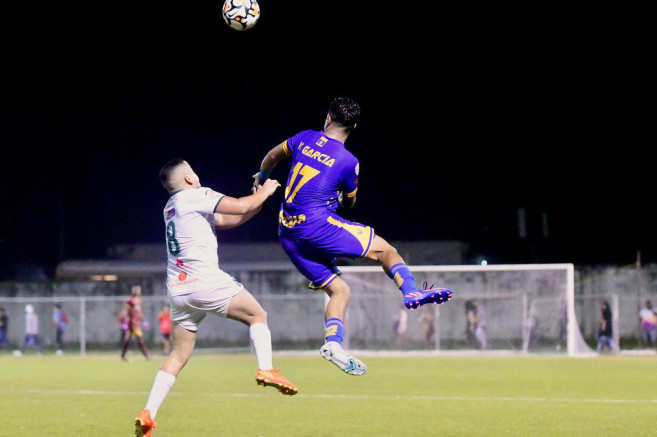 The first half of the game saw one goal at minute 45 when Verdes’ forward Paraguayan Luis Ibarra netted the 1-0 lead for his team. However, in the second half, Altitude’s Luis Torres tied the game in the 52nd minute. The rest of the match, including extra time, remained 1-1. Penalty shots were next to see who would be the opening season’s champion. The penalty shootout was longer than expected. After the 11 players from each team took their shot, they started all over again. 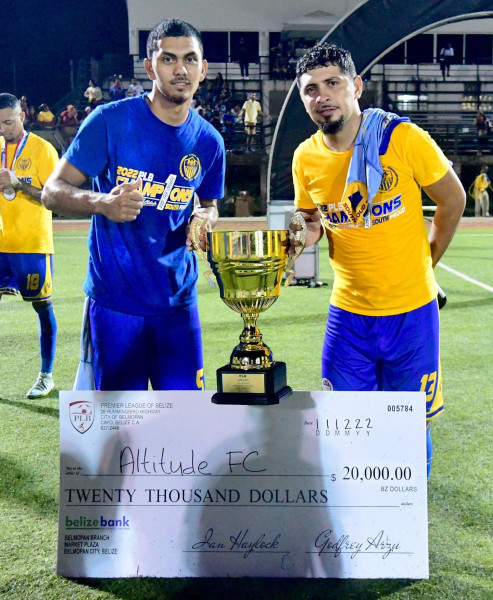 In the second round of penalty kicks, Verdes Trimayne Harris missed his shot, blasting the ball over the goal post. Altitude took advantage of this and ensured they did not miss a shot. Altitude’s Andres Orosco sealed the game giving his team the championship with a final score of 11-10 in penalty kicks.
Altitude has made history, winning their first PLB title and making their base, Independence Village, very proud. 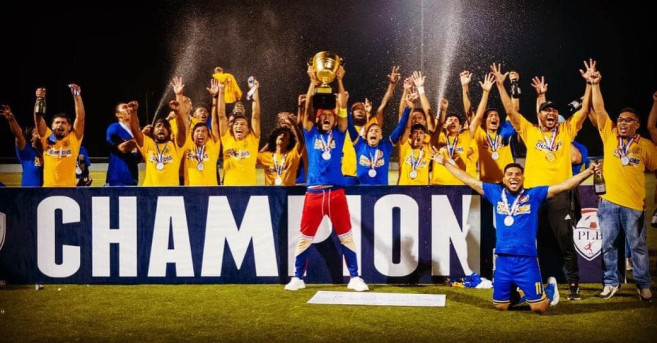 Altitude finished the season with 32 points, followed by Verdes with 27, and San Pedro Pirates ending with 23 points. Altitude is currently the frontrunner to qualify and represent Belize in the annual continental club football competition abroad in the Scotiabank CONCACAF League. To get here, Altitude will need to win the PLB’s Closing Season championship in 2023. If another team wins PLB’s Closing Season next year, then the cumulative points from the Opening and Closing championships between the two winning teams will be reviewed to determine who represents Belize in Scotiabank CONCACAF League.
In the meantime, San Pedro Pirates in Ambergris Caye, like all the other teams, are preparing for PLB’s second game season set for January 14, 2023.