On Monday, April 11th, the new regulation for delivery trucks began in downtown San Pedro. The project is an experiment by The San Pedro Town Council (SPTC) as a means to solve traffic congestion on the island. All large-vehicle deliveries have been barred from doing so after 7AM in the town core.

Despite opposition to the pilot project, the SPTC began implementing the idea. Mayor Guerrero expects the new regulations to become a by-law in the coming months. “The project has been well received by residents. They feel relieved knowing their children will be safer on the streets when they go to school. We are also accommodating our tourists, who were having issues with the congestion in downtown,” said Guerrero. According to the Mayor, some businesses are cooperating with the new initiative of deliveries between 2AM and 7AM.

The SPTC, through a press release dated April 12th, strongly encourages the business community to downsize their vehicles. Carry-All golf carts and motorized tricycles were recommended to make daily deliveries within town. The release emphasized that the regulation only applies to downtown.
The areas to be affected are from Tarpon Street to the San Juan Roundabout, and Barrier Reef Drive and Pescador Drive.
Guerrero further indicated that deliveries to the south and north of the island can remain the same. “As I said before, as a child-friendly community, we need to provide a safe environment for our children and everyone on the island,” he said. “By reducing the congestion in the downtown area, we are ensuring that.” Businesses needing to deliver to the northern part of the island can use the back street (Angel Coral Street) in order to do so.
Additionally, the SPTC will also be monitoring heavy vehicles between the hours of 7:30AM to 8:30AM, from Manta Ray Street to the San Pedro High School on school days only. This is to ensure the safety of students commuting from their homes to the school.
The only vehicles exempt from the new regulation, for obvious reasons, will be small pick-up trucks with perishable goods, utility and emergency vehicles, including the SPTC fleet.
Mayor Guerrero has been holding one-on-one consultations at his office with different business owners, listening to their suggestions. “With the alleviation of traffic conditions and continued teamwork with the business community, San Pedro Town will once again have safer and quieter streets,” claims Guerrero. 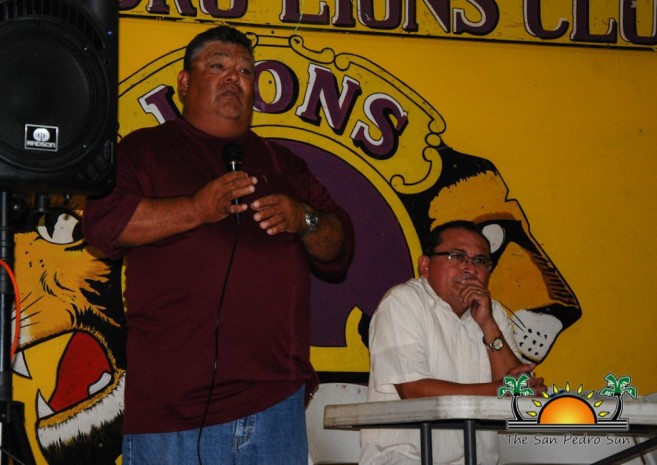 However, not everyone in the business community is happy with the new regulation, despite recent clarifications. On Wednesday, April 13th, over 30 business owners met at the Lions Den for an in-depth discussion. The different stakeholders ranged from barge to hardware stores to the main super market owners in town.

The short meeting saw participants complaining about the lack of public consultation by the local authorities prior to issuing such a regulation. The discussion also extend to barge schedules and changing staff working hours. A few of the participants also brought up the need to pay overtime to their employees, which will eventually reflect on the final cost of goods around town. “It does not balance, just the way the Mayor wants us to understand him, and he also needs to understand us. We need to sit down and come up with a better plan,” said one of the stakeholders. 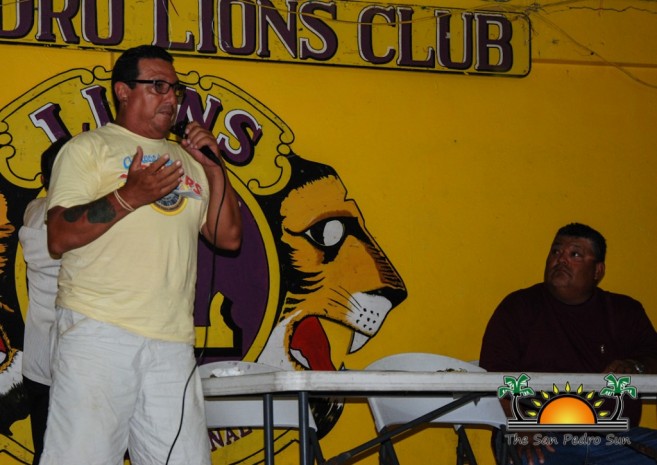 Security as an added expense was also discussed. Businesses believe that there are added dangers to opening at wee hours of the morning to process cargo, not to mention the increased burden to our already taxed local police department
The matter is so serious that the group has sought legal advice concerning the situation. According to one of the participants, his legal adviser mentioned that no local authority can block access to public streets. Such a regulation must come from the Ministry of Transportation prior to being gazette at the Ministry in Central Government. In view of this, everyone at the meeting agreed on taking the legal approach as well.

At the end of the gathering a six-member committee formed to represent the stakeholders with the present issue and any other that may come in the future. The committee plans to draft a letter and meet with the Mayor to further discuss how best they can address the situation. The members of the committee are: Talal Harmouch, Alex Eiley, Alfonso Castillo, Margarito Vega, Manuel Martin, and Cindy Staines.
The San Pedro Sun will continue following this situation.

Letter to the Editor: Blair Exall give suggestions for traffic problems