« Older: SPTD promotes road safety during the new school season
Newer: » What ever happened to BTIA’s attempt to standardize taxis?


On Friday, September 23rd, the San Pedro Traffic Department (SPTD) responded to a traffic accident in the Airstrip Area of San Pedro Town. The accident happened around 11:30AM, and involved a parked taxi car and a motorcycle. 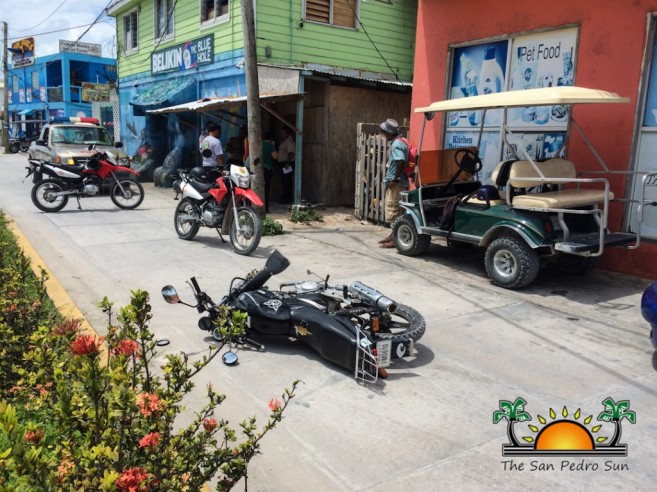 According to official reports, the motorcycle driver was passing by when the taxi driver opened the door to his parked car, causing the motorcycle to crash. The victim has been identified as George Malic, and the taxi driver is Geovanni Reyes. Malic suffered minor injuries, while Reyes’ vehicle received slight cosmetic damage. 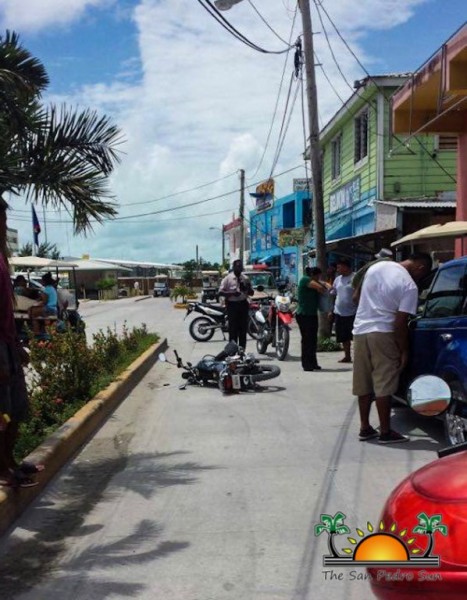 Chris Nuñez, Head of the San Pedro Traffic Department (SPTD), stated that the taxi was the culprit in the accident. “Reports indicate how Reyes was parked in the wrong direction, and when the motorcycle was passing by, Reyes opened his car door, and caused the accident,” said Nuñez. 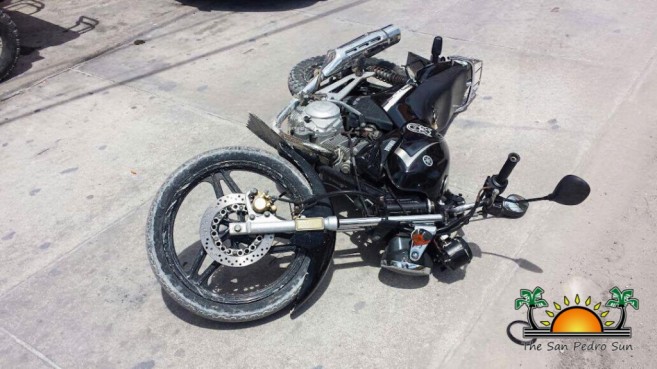 However, after background checks were done on both vehicles, it was revealed that Malic also had an expired driver’s license. Police are still investigating the accident and have not rendered any charges.
Nuñez indicated that a lot of traffic accidents go unreported each day, and drivers need to be more aware of their surroundings. “Drivers need to follow traffic regulations and drive with caution at all times. Accidents can be avoided, and we should be attentive,” said Nuñez. 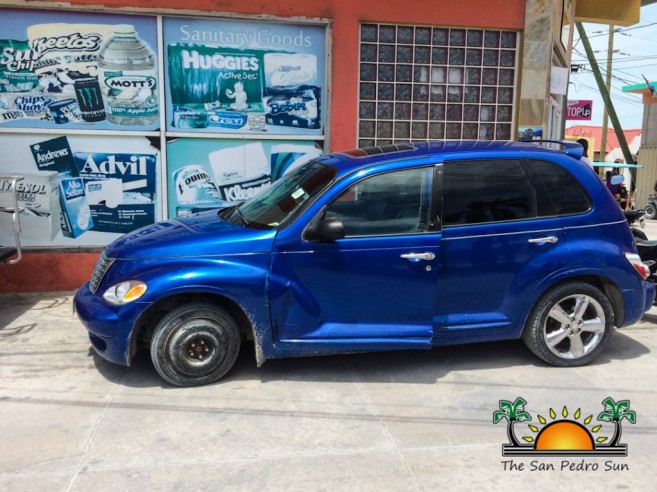 The SPTD urges all motorists to drive with due care and attention, especially during the busy traffic hours of 7AM to 9AM, 11AM to noon, and 5PM to 6PM.