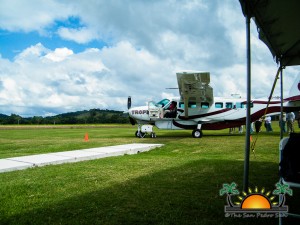 The flight is about 45 minutes directly from San Pedro to Maya Flats. It takes you through amazing scenery of both the Caribbean Sea and the mountainous forests of Belize. This new flight brings the best of both worlds together; it is the surf and turf of Belize. The plane lands on an unpaved run way, and as you step out of the plane, you are met with a most beautiful landscape that 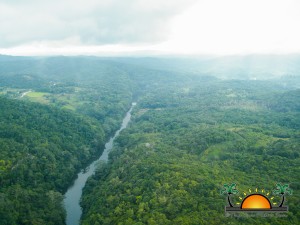 leaves you breathless. Cayo District is considered to be one of the top beauties of the country – and she boasts greenery and mountainous regions that hide all manner of wonderful places to explore. It is no wonder that Tropic Air has ventured deeper into the territory to make traveling and exploring easier for Belizeans and visitors alike!

The ceremony was short and sweet, and speaking at the event was Mayor Guerrero, who was more than happy with the connection between San Pedro and Cayo due to the tourism industry. Both Simmons and Velasquez believe that with this new flight, Cayo will receive a higher influx of tourism, thus creating employment opportunities and boosting the economy of the district. The connection between San Pedro and Cayo is monumental, since both hold major tourist attractions. According to Minister Heredia, this air strip was a necessity in our country’s growing tourism industry to keep up with the larger numbers of tourists visiting Belize. 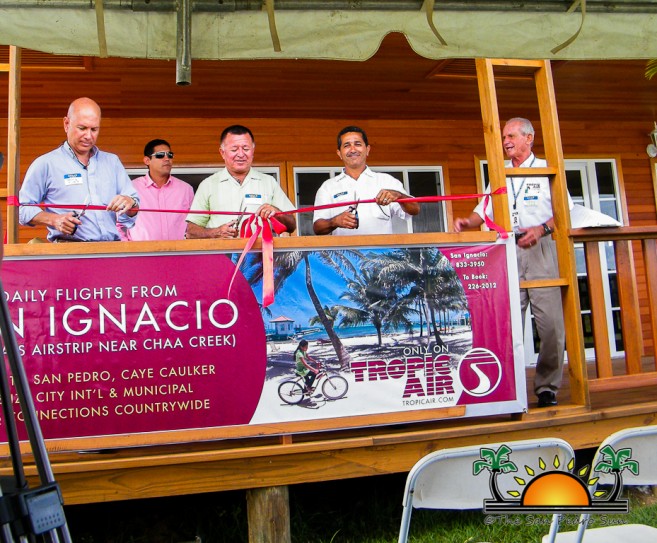 Closing of the ceremony was John Greif III, President of Tropic Air. He thanked everyone that helped make this airstrip possible. Flights to Maya Flats are daily. Be sure to inquire about the many tours that are being offered around the Cayo District, as it is a sight you won’t want to miss. Reservations can be made by calling 226-2012.