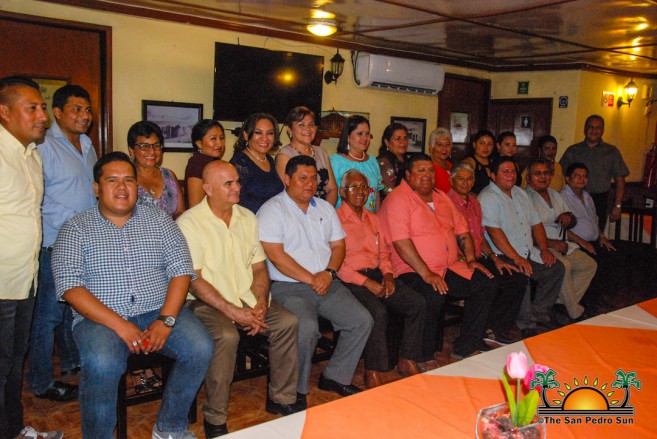 With the purpose to highlight and showcase the tourism attractions and activities in Othon P. Blanco, Chetumal Quintana Roo, Mexico, a Belizean delegation headed by The San Pedro Town Council (SPTC) made an official visit to the Mexican City from Friday, July 27th to July 29th. The invitation from the Mexican authorities is part of the sister city relationship between San Pedro and Chetumal, who visited La Isla Bonita during the ‘El Dia de San Pedro’ celebrations in June of this year. During the visit, the island delegation toured Chetumal City and the main tourist destinations of the Rio Hondo Riviera and the southern rural zone of Quintana Roo. 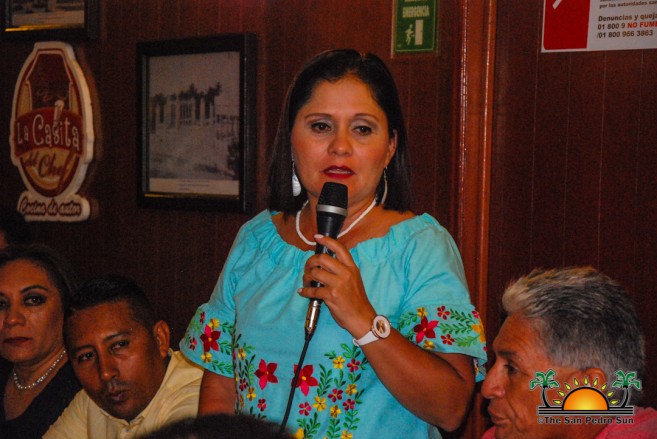 On Friday, July 27th, upon arriving in Chetumal, the Belizean group was welcomed by a member of the City Council of Othon P. Blanco, and after lunch visited several attractions within the city. The first stop was ‘Museo del Faro,’ (Lighthouse Museum) where everyone was informed about the coastal history of the city and how important the lighthouses were in the early days of Chetumal. Each room inside the museum showcased the evolution of the navigation systems and lighthouses around Quintana Roo, topped with an interactive room where guests can operate a boat simulator. The entrance to the museum is free, and it opens Sunday to Sunday. 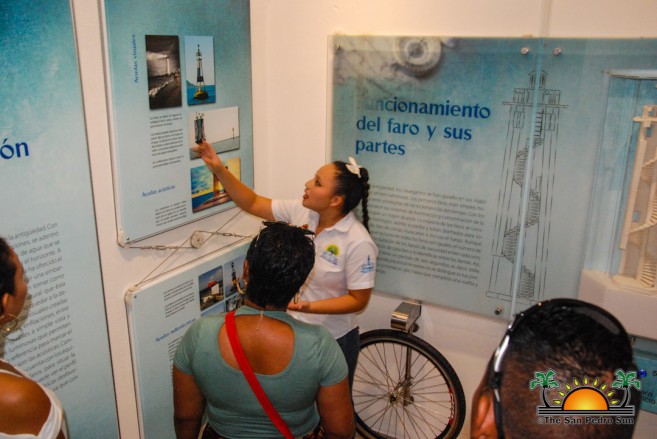 In the second stop, the Belizean group was treated to a very interesting piece of history regarding the foundation of Chetumal City. The Maqueta Museum, created by Luis Reinhartd McLiberty a Mexican Pioneer, provided a flashback of Chetumal between the years of 1910 and 1938. The foundation of the City, known as Payo Obispo at that time, has allegedly strong Belizean roots after Mexican Marine Othon Pompeyo Blanco encouraged people from the Corozal, and Orange District, including Ambergris Caye to relocate and found Chetumal. The houses in those early days were called ‘Romantic British Houses,’ and were pre-fabricated in Belize, then barged over. According to Alma Rosa Reinhartd, proprietor of La Maqueta, in those days there was terrestrial communication between what is now Chetumal and northern Belize. All transportation to and from Belize was via the sea, and the city became a stable settlement throughout with the strong ties between Belizeans and Mexicans, who up to today continue to foster a healthy relationship. 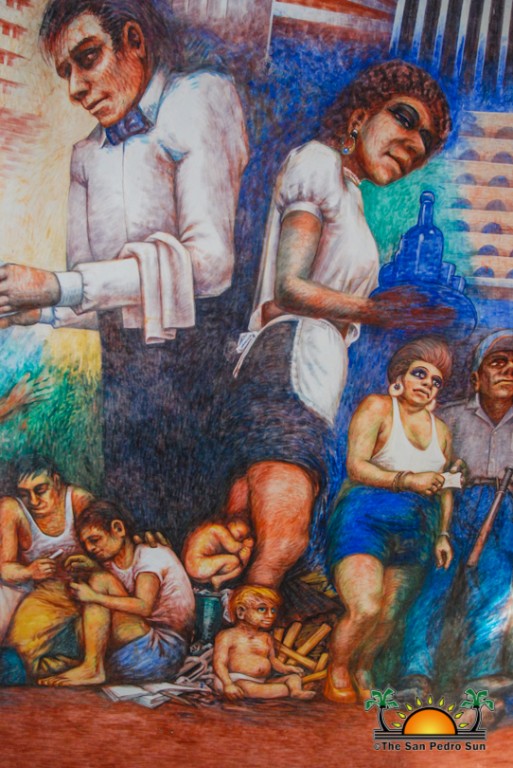 The tour ended with a visit to the Quintana Roo Congress where a large mural on the ceiling and wall depicted the foundation of the city following the different episodes of Othon P. Blanco’s development. One of the section of paint showed agreements between the Spaniards and the British. According to the history, Ambergris Caye was part of Mexico but handed over to the British, and in return, they would no longer support the Maya population that was a threat to the Spanish authorities. The history-themed painting ends with a message about how damaging tourism can be to the society as it brings many more negative impacts than positive, providing opportunities for negligence in families, corruption, and drug exposure. The delegation made stops at El Pescador Park by the Bay of Chetumal and met with the management at Fiesta Inn Hotel, who offer special deals to Belizean travelers. 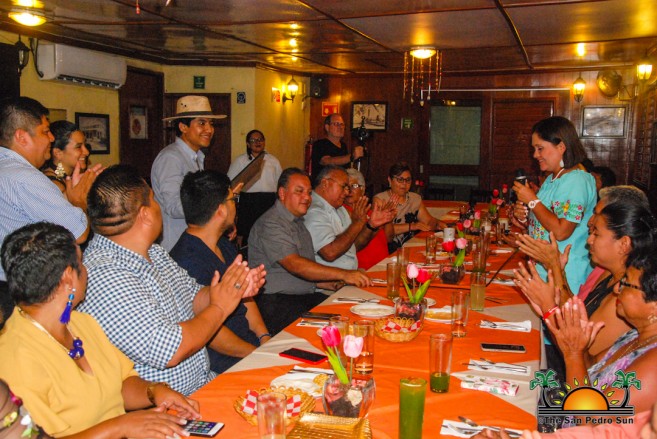 During an official dinner later in the evening, the Municipal President of Othon P. Blanco, Maria Luisa Alcerreca Manzanero spoke about the importance of letting Belizeans know that there is more than just visiting Chetumal. She encouraged travelers to explore the other options available around the city and the rest of the State, which has excellent natural attractions for all to see. “We would like to see more travelers staying longer in the city and of course to visit the other attractions our State has to offer,” said Manzanero. 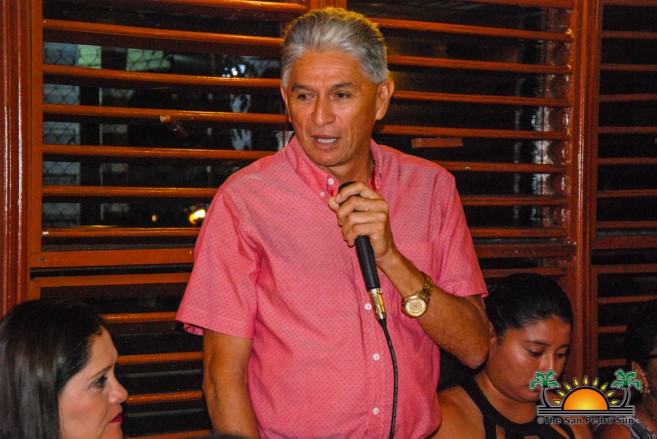 San Pedro’s Deputy Mayor Ruben Gonzalez agreed with Manzanero and thanked her for the opportunity to have a first-hand experience of the areas that are promoted to the Belizean travel sector. “We have learned a lot on this visit, and notice the potential of tourism between San Pedro and Quintana Roo. We can all benefit from this mutual relationship that both our municipalities share,” Gonzalez expressed. The Honorary Consul in Quintana Roo, Dr. Luis Montero Maldonado closed the dinner meeting by applauding the close interaction between Belize and Mexico that according to him, has grown fruitfully and healthily. 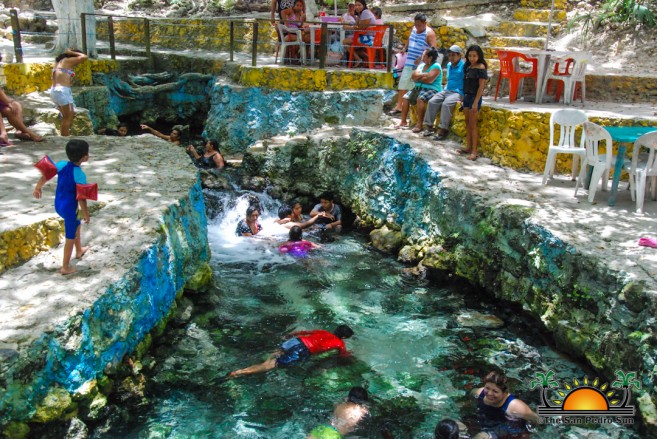 After a traditional breakfast in Calderitas north of Chetumal, the delegation toured different communities along the Rio Hondo area that border Belize a mere hour away from the city. The sites of Alvaro Obregon Viejo, Acapulquito, and Palmar featured inviting natural pools originating from natural springs within surrounding bluffs covered with lush rainforest.

Complimented with eateries, plenty of space for swimming, security and even tours to the Rio Hondo River at Palmar, these popular spots are just another set of options when visiting Quintana Roo. There is public transportation that makes stops along these areas from Chetumal.

The visit also included an overnight in the beautiful coastal town of Mahaual, where tourism and fishing work hand on hand. The delegation also made a stop in Xcalak where they experience an ongoing international fly fishing tournament along with a feast that ended with Belizean entertainment. 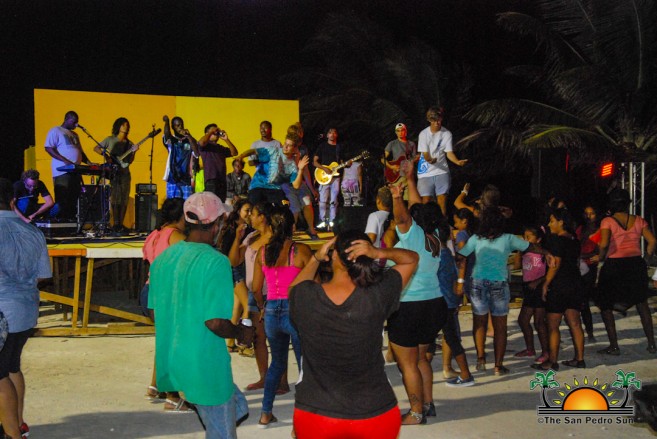 The fishing tournament is another attraction that gives room to some fun activities during the last week in July every year.

One of the main attractions in Mahaual, besides great fishing, snorkeling and scuba diving, is the nearby Maya themed water park. Named Maya Lost Mayan Kingdom, it is a place to bring the entire family for a fun-filled day. The water park is immense, with special rates for Mexicans and Belizeans. The park offers massive slides, zip lining, rope course and rope bridges, cenotes, several pools, waterfalls, children’s area and a river where you can float your cares away. Maya Lost Mayan Kingdom also counts with a restaurant and bar onsite. 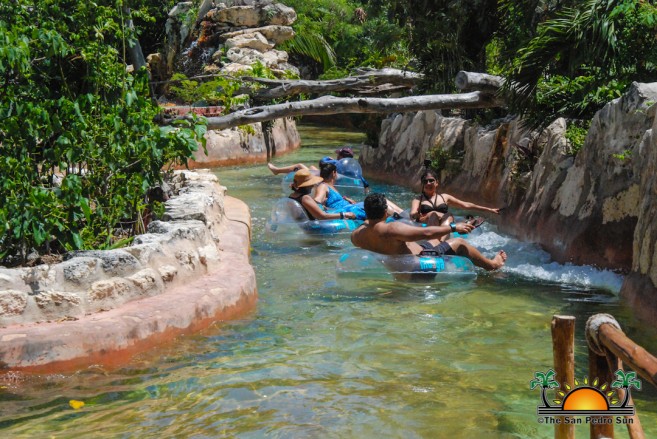 At the end of the visit, the Belizean delegation was more appreciative of the region. They thank the authorities of Othon P. Blanco for their hospitality, and they look forward to further exchanges within both sister municipalities in tourism. The Belizean delegation consisted of Deputy Mayor Ruben Gonzalez, Councillors Gabriel Nuñez, Flora Ancona, and Severo Guerrero, along with other members of the SPTC, Jorge Aldana, and Yolanda Parham.