Home » Weather » Two Tropical Waves being monitored in the Caribbean

Two Tropical Waves being monitored in the Caribbean


Two Tropical Waves entering the Atlantic Basin are keeping meteorologist on high alert. As of Friday, August 5th, a tropical wave is causing thunderstorms over the Leeward Islands, while another tropical wave is quickly approaching the Lesser Antilles. While neither storm is defined yet, meteorologists will be monitoring their development over the next few days as they move westward into and across the Caribbean Sea. 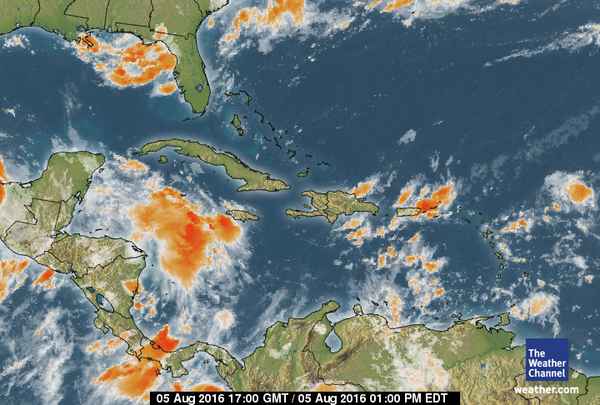 According to the National Hurricane Center, the first tropical wave (96L) extends along 53W/53W from9N-19N moving west near 20 knots per hour (kt). 96L has a well-defined 700 millibars (mb) trough (the minimum or lowest point in a cycle). This wave is brining scattered moderate to isolated strong convection from 15N-19N between 52W-56W.
The second wave extends along 64W/65W from 11N-21N moving west 15 to 20 kt, also with a 700 mb trough. This wave is carrying scattered showers and isolated thunderstorms from 14N20N between 63W-66W including the Virgin Islands and Puerto Rico. The wave is very low and intertwined with the Intertropical Convergence Zone (ITCZ) and has potential to become Tropical Wave 98L.
Currently both storms are not a threat to Belize, but residents are asked to remain cautious as the 2016 Hurricane Season is still in its early stage.