Tropical Storm Franklin continues to move to the West-North-West at 13 mph with maximum sustained winds of 60mph. Franklin is now located near 18.6 North Latitude and 85.9 West Longitude or some 170 miles East of Belize City and 143 miles East-Northeast of San Pedro. The Cayes and Corozal district may experience Tropical Storm force winds. Franklin could reach Hurricane strength before making landfall tonight. Three to six (3-6) inches of rainfall is expected. A tropical storm warning remains in effect from Belize City up to the Corozal District. 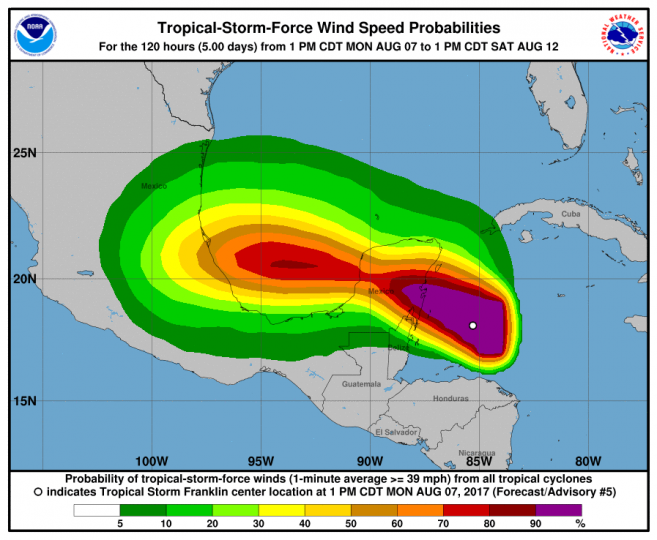 Designated Shelters will be opened in San Pedro, Caye Caulker, Belize City, Orange Walk and Corozal. NEMO will be providing a dry safe place to shelter so people are expected to bring along their own food and water.

• Bus runs continue from Belize City to northern, central and southern Belize. Bus runs will continue until 6 p.m. except for the north, the cut off time is now 5:00 p.m.

• Water taxis are still providing service. The cut off time for water taxis is 4:30 p.m.

• Flight delays and cancellation will be sent out shortly. 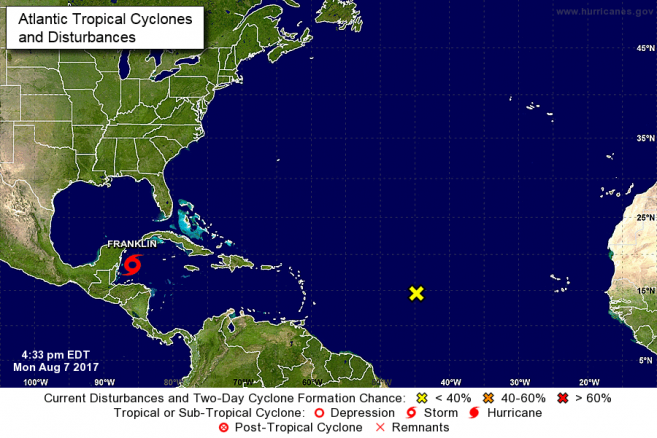 Fuel stations in Belize City, Orange Walk, will remain open to the public during normal hours of operations and in Corozal Sol in Ranchito will be open throughout the night. Fuel station will close as follows: 6:00-One Stop Orange Walk; 7:00 p. m.-One Stop Belize Shell Ladyville Shell Xabel; 09:00 PM Shell San Ignacio, Shell Belmopan, Buca Belize. All will open on the All Clear.

Toledo District emergency Committee will suspend 24 hours operations and revert to standby mode.
The public is asked to remain vigilant, listen carefully to your radios and take actions based on the advice given by NEMO and the National Meteorological Service.

An Update from NEMO (Press Release #5)