The 2022 Hurricane Season for the Atlantic Basin (North Atlantic, Caribbean Sea, and the Gulf of Mexico) officially started on Wednesday, June 1st, and will run through November 30th. The season has begun with the National Hurricane Center (NHC) monitoring two areas for potential tropical cyclone development. 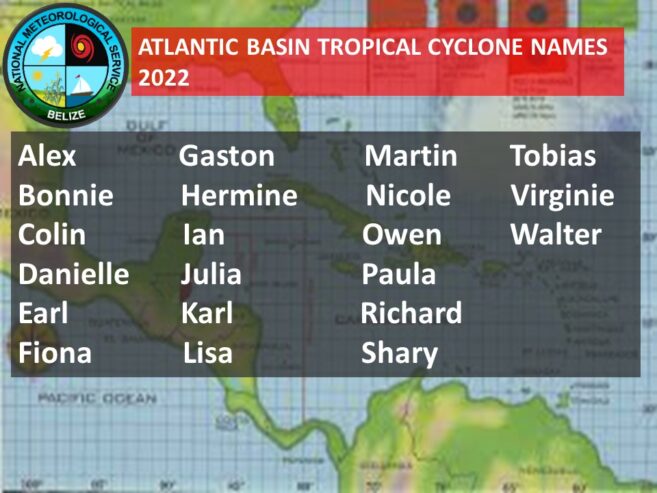 The two areas of interest

There is a large area of disorganized showers and thunderstorms over the northwestern Caribbean and the Mexican Yucatan Peninsula. This weather disturbance is associated with a broad scope of low pressure and is believed to be causing the inclement weather currently in Belize. According to information from the NHC, this weather disturbance is most likely to become a tropical depression as it shifts northeast over the Caribbean Sea and southeast on the Gulf of Mexico. The presence of this weather system will continue to bring rain to the Yucatan Peninsula and Belize for the next day or two. No direct threats have been identified for Belize. 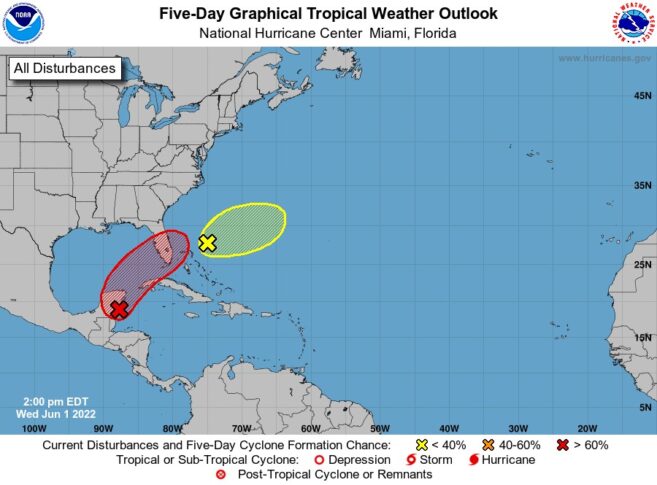 The second system is a weak surface trough located approximately 200 miles northeast of the central Bahamas. It is producing disorganized shower activity as it interacts with an upper-level track. The chances of significant development of this system appear unlikely as it generally moves east-north-eastward during the next several days away from the south-eastern United States of America. 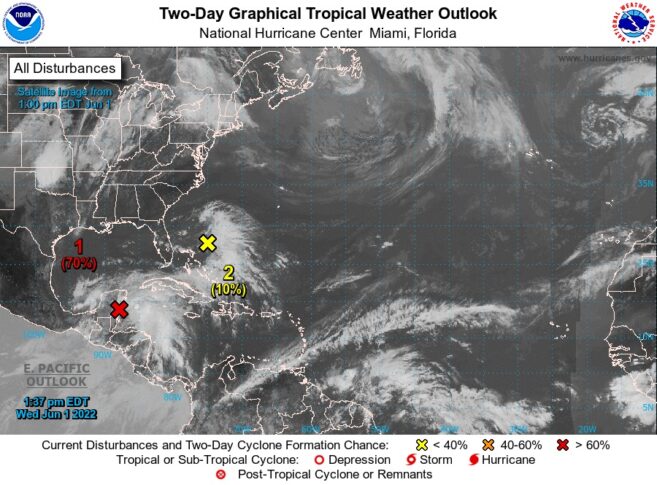 Meanwhile, the National Meteorological Service of Belize stated that one or more of the 14 to 21 named storms forecast this season could hit the country. Therefore, the public is advised to review their family emergency plans and to be prepared in the eventuality of any threats during this 2022 Hurricane Season.