Home » Community and Society » Launched decades ago, the remains of a Soviet Union spacecraft wash ashore on Ambergris Caye

Launched decades ago, the remains of a Soviet Union spacecraft wash ashore on Ambergris Caye 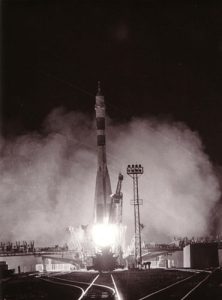 What appears to be the remains of a  Soviet Union spacecraft launched more than 38 years ago was found today, Saturday, January 11th washed up on the beach a few miles north of San Pedro Town.

Images posted on social media by island resident David Campos shows several large metal pieces from the spacecraft marked with Russian lettering. Based on the identifying marks, the remnants are believed to be from the Soyuz 40, which was launched from the Baikonur Cosmodrome on May 14, 1981. 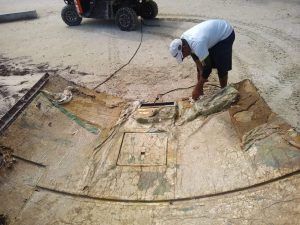 The Soyuz 40 mission was a 1981 Soviet crewed spaceflight and the final flight of the Soyuz 7K-T spacecraft. It was a collaboration between the Soviet Union and Romania.[1]

According to Wikipedia, Soyuz 40 was the 16th expedition to Salyut 6 and carried the ninth international crew. It also ended the first phase of the Intercosmos program by carrying Romanian cosmonaut Dumitru Prunariu and Soviet cosmonaut Leonid Popov to the station. In all, nine Intercosmos missions were launched between 1978 and 1981.

Soyuz 40 was the last of the original Soyuz spacecraft (due to its replacement by the Soyuz-T) and the last Soyuz spacecraft to dock with Salyut 6. During the crew’s stay, Prunariu studied the Earth’s magnetic field. Earth observations had to be delayed until the last day of the flight when Salyut 6 passed over Romania in daylight. During this time the crew also tested the station’s orientation system.