Electricity was briefly interrupted in the downtown area of San Pedro Town after a man was shocked by a high tension electrical wire. The incident occurred shortly after 4PM on Monday, August 19th on Barrier Reef Drive. The victim, 42 year old Alberto Tamai, had to be airlifted for further medical attention in Belize City.

According to police, Tamai was doing some work on the roof of Sunbreeze Suites located on Barrier Reef Drive when a metal zinc came in contact with a high tension electricity wire from the Belize Electricity Limited (BEL). People in the neighborhood assisted Tamai and rushed him to a medical facility on the island where he was later transferred to Belize City for further medical attention. 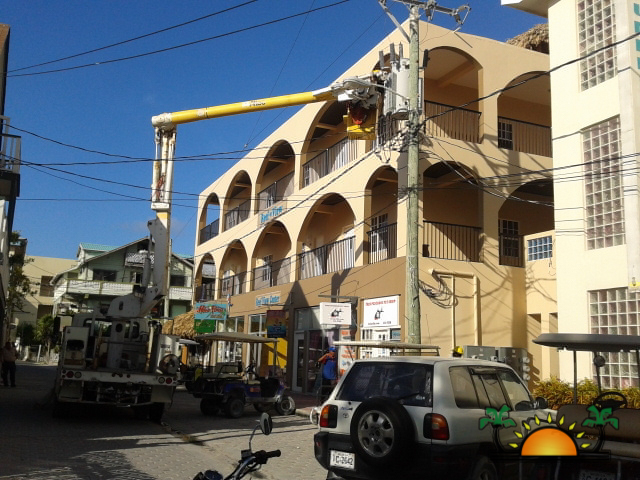 The San Pedro Sun understands that Tamai was with other workers doing repairs on the roof of the main building. A gust of wind blew the zinc, and due to the close proximity of the electrical wires to the high buildings, it came in direct contact with the wires.

Due to electrical shock, Tamai received second degree burns to his stomach and portions of his arms. While he remains hospitalized at the Karl Heusner Memorial Hospital, San Pedro police say his injuries are not life threatening.

BEL has not issued a statement on the incident.