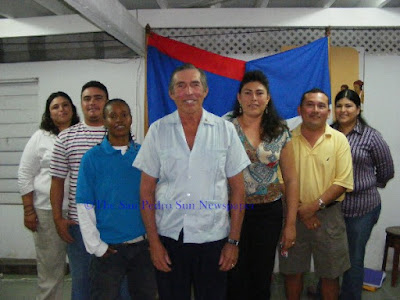 In the coming weeks, The San Pedro Sun will introduce to you all the candidates from all the parties that plan to contest the elections. Below find mini-bios of three candidates from the PUP. 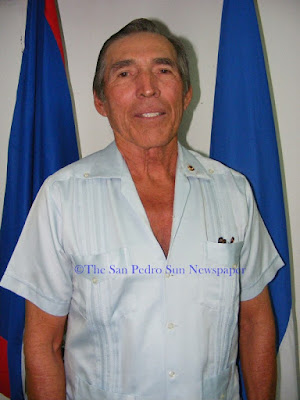 Mayoral Candidate, Baldemar Graniel
Baldemar Graniel is a 58-year-old “son of the soil.” Instrumental in the development of the island, Graniel served as one of the first councilors when the island was first named a town. As one of the first “political fire starters” on Ambergris Caye, Graniel had his hands full. Since then he has lead the troop as Mayor of San Pedro Town from 1992 – 1994. However, he was also a founding member of the San Pedro Lions Club, one of the leading community service oriented organizations on Ambergris Caye. As a member of the Lions Club, Graniel has served in the capacity of Lions President (1985 to 1986 and 1995 to 1996) but has also achieved the highest position within the Club and has lead the country’s Lions as District Governor.
During his terms serving the community, Graniel was instrumental in the development of the island, especially as it relates to the Boca del Rio Area. “At that time, Boca del Rio was comprised of London bridges and had no potable water to speak of. During the time we served, I worked closely with WASA (Belize Water Services Limited) and assisted in the implementation of the water system in that area,” he explained.
As a member of the community, Graniel also assisted in acquiring the island’s first water pump. “We used to operate with bucket brigades. We were still a village and we worked hard in getting a pump to assist in the extinguishing of fires.” Helping his brother out, the Graniel brothers operated the first water taxi and water ambulance on the island.
Today, Graniel is still part of the San Pedro Lions Club and as such, has acquired the position of Director for the San Pedro PolyClinic (a Lions venture). Through his directorship, he has been a liaison between the Government of Belize and the Lions to get the best benefits for the health of the community.
A father of four, Graniel seeks the betterment of the community and through his decades of experience plans on bringing out the best that the island has to offer. 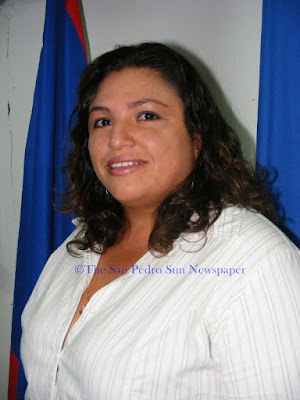 Originally from Salvador, Ana Najarro has lived in the country of Belize since she was two months old. Her family first settled in San Ignacio and Najarro moved to San Pedro 12 years ago. Since then she has established herself as a successful businesswoman. Her first job on the island was as the assistant chef at Fido’s Courtyard, but today, the 28-year-old mother proudly runs her own businesses, namely Dianita’s Deli and Marcito’s Store both located on North Ambergris Caye.
As a strong woman in business, Najarro has understood the importance of budgeting. “Knowing your revenue and expenses, makes you understand and realize the way to move the business forward. As a voter, there are many things that one would like to get accomplished. However, not realizing the budget we may be quick to criticize. As such, being at the council will help me realize the way to move the island forward.”
Coming from Salvador, Najarro has found a desire to assist her fellow countrymen in any way that she can. She has served as Advisor on the board of the San Pedro Salvadoran community for the past seven years. Helping, volunteerism has always been in Najarro’s blood. Through that desire, she has taken part in the Red Cross and in the various radiothons that have been organized to help those in need.
“I understand that helping people does not necessarily mean getting involved in politics. In something that people consider ‘dirty’ but it only gets that way because of the players involved. If it is looked at it positively, then it does not have to be dirty. It is all a matter of keeping the best interests of the people at heart.” 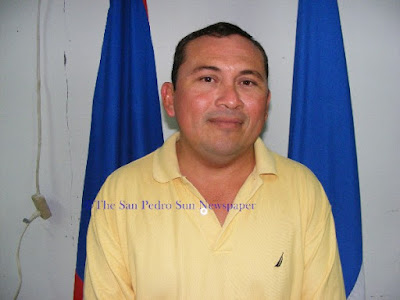 Established as the proud owner of Casa Pan Dulce and Agua Dulce, Andre Perez is recognized as a savvy entrepreneur. A father of three beautiful girls, Perez, originally from Orange Walk Town, made Ambergris Caye his home 12 years ago. Casa Pan Dulce has grown leaps and bounds and Perez has become a respected figure in the industry. Protecting the rights of the 38 bakers countrywide, he has been named President of the Baker’s Association. As President he has been the liaison between government officials, bakers and consumers. When the flour crisis struck, Perez was instrumental in the negotiations between the present administration and the bakers; in the end the consumers benefitted.
In San Pedro, Perez was one of the founding members of the San Pedro Business Association (SPBA) where he served as Vice President for three years. Through the efforts of SPBA in collaboration with the San Pedro Town Council, the cobblestone projects came to fruition. Perez also formed part of the Ambergris Caye Chamber of Commerce and worked hard to integrate the local business community in their ventures. “As part of ACCC we wanted to bridge the gap and include the local businesses.”
With eight years banking experience, Perez is certain that he can work hard towards the benefit of our community.