The health authorities at the Dr. Otto Rodriguez San Pedro Polyclinic II have confirmed cases of Acute Gastroenteritis, commonly known as ‘stomach flu,’ in San Pedro Town. Although there has only been one week of reported cases on the island, the entire community is asked to be on the alert to avoid a possible outbreak. A virus known as Rotavirus causes the contagious disease, mainly affecting young babies and persons with compromised immune systems.’ The illness includes severe diarrhea and vomiting which can lead to fatal dehydration if not treated. It is mostly affecting residents in the northern Corozal District. 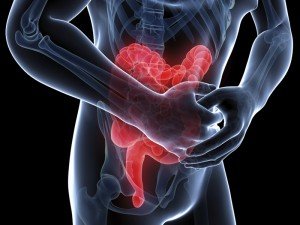 Health Inspector Christina Martinez indicated that even though there are minimal cases on the island compared to the mainland, residents must practice proper hygiene. “We recommend hand washing and environmental hygiene to avoid getting infected,” said Martinez. “The most vulnerable group is young babies, the elderly whose immune system might not be operating at a 100%, and pregnant women.” She recommends to keep the sick well hydrated and to seek medical attention as soon as possible. Because it is a viral infection, the medication only treats the symptoms while the disease runs its course.
In San Pedro, Martinez and her team are planning home visits to better inform the community on the disease. They also plan to visit island schools to sensitize students and teachers on the matter. At the Polyclinic, they will start to run educational videos on the illness and Rotavirus. Martinez added that there are plans to approach the local radio and TV stations on the island to reach out to as many island residents as possible.
The origin of the disease in Belize has not been confirmed, but according to authorities, there was a reported outbreak in Mexico and Guatemala. An increase in Acute Gastroenteritis cases has been reported in the Corozal District in the past days, affecting mainly young babies and infants. The first suspected case that made headlines on Wednesday, January 9th describes the death of an 11-week-old baby in December 2018 at the Corozal Community Hospital. The baby showed symptoms of severe diarrhea and vomiting and later died from dehydration.
The incident has prompted a response from the Minister of Health Honorable Pablo Marin after the family claimed negligence by the hospital staff. While he laments the loss of life, he promised to investigate the management and services that health centers around the country are providing to patients. This is to seek ways to improve the health of Belizeans.
No date has been confirmed for Minister Marin’s visit to the island Polyclinic.

The first dentists have arrived at the Smile Clinic Too