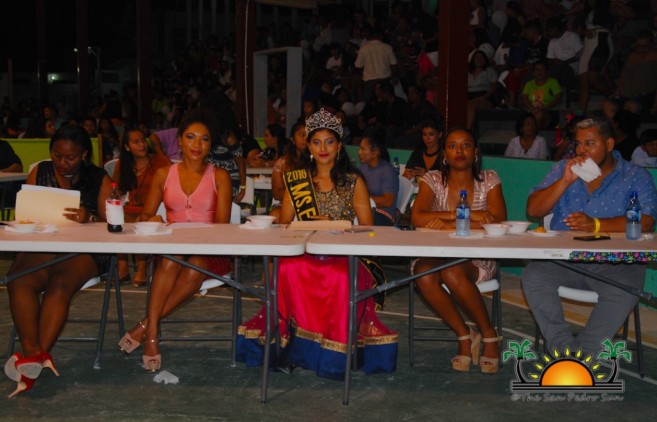 Hostess Julianne Ferguson and host Angel Nuñez welcomed all in attendance, explaining the importance of the pageant. Proceeds from ticket, food and drink sales will go towards replacing chalkboards with white boards in the classrooms. Judges were Ernesto Alpuche, Pat Greif, Britany Ysagurrie, Asia Gilharry, and Monisha Stuart. Tabulators Emil Vasquez and Vanessa Parham were in charge of counting the final scores handed down by the judges. 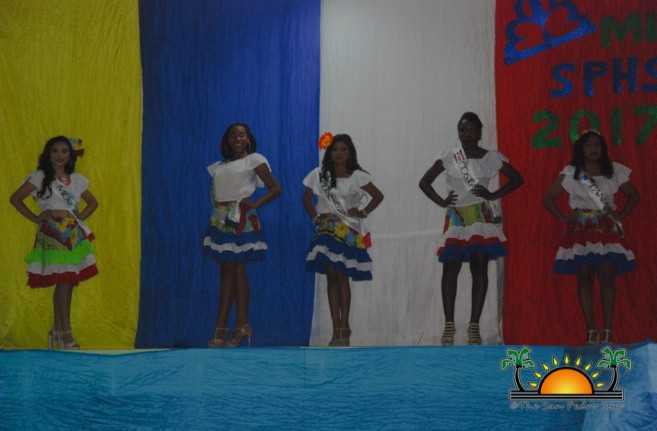 This year’s pageant featured a Central American theme, where Kiriany Caal (Panama), Babee Lopez (Costa Rica), Arianie Novelo (El Salvador), Nia Figueroa (Honduras), and Maryurit Triminio (Mexico) vied for the crown. While the five delegates made their first appearance with a dance, they each introduced their country.

The pageant officially began when the lovely ladies presented Central American cultural costumes. From a vibrant peacock to the black orchid, their versatility drew loud cheers from the crowd. During the intermission, the San Pedro Dance Academy, Zuzana’s Dance Group, The Saints and Yaka’s Elite Dancers, kept the audience engaged with entertainment. 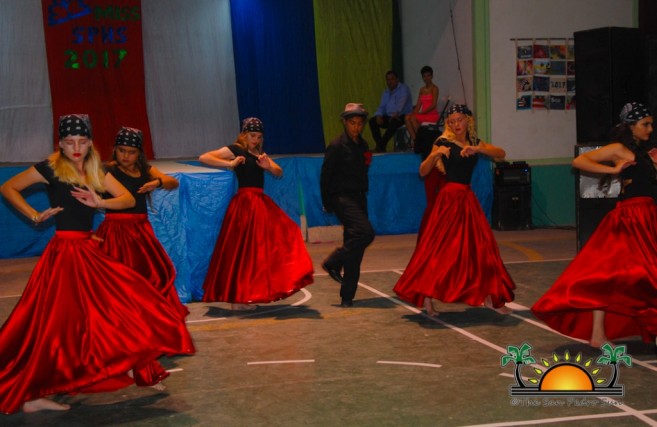 The second category showcased each delegate’s professional attire. Kiriany dressed as an accountant, while Babee showcased her pilot’s uniform. Arianie’s love for animals encouraged her to choose to become a veterinarian, while Nia chose the intriguing career of a plastic surgeon. Maryurit presented a skit to the audience, showcasing her dream of becoming a gynecologist, by revealing the baby’s gender to a pregnant mother. 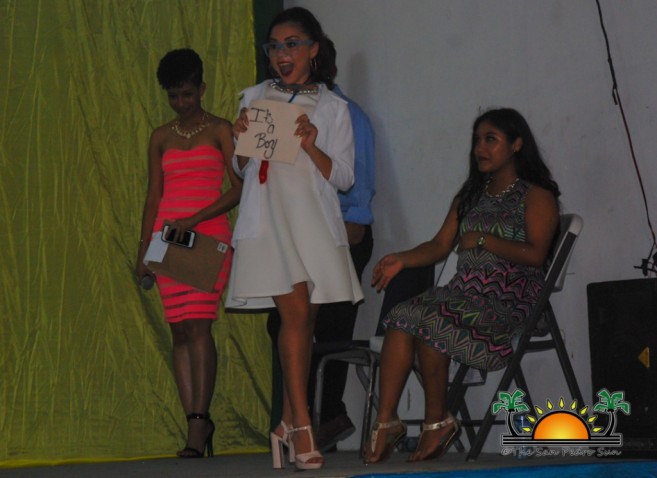 Athleticism dominated the stage in the third segment, as each delegate represented a different sport. Kiriany showed her love of tennis, while Babee knocked out two men with her boxing gloves. Arianie was dressed in her SPHS volleyball attire, complete with a championship trophy. Nia in her white karate costume, showed off some martial arts moves. Maryurit displayed her love for the ocean with a fun surfing attire.

After one last intermission, the lovely delegates made their final appearance onstage dressed in elegant gowns, ready for the ever daunting “Q & A” segment. All contestants were challenged with randomly selected questions based on community and social issues, answering with grace to the best of their intellectual ability. 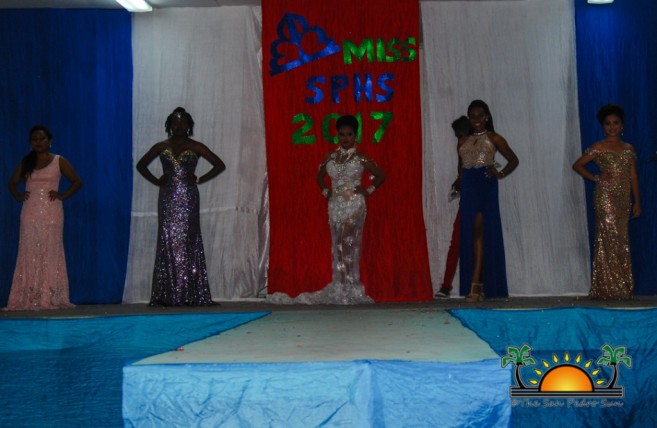 The atmosphere in the auditorium intensified, as the long-awaited announcement drew near. Nuñez first announced the winner for the side categories. Miss Social Media went to Kiriany, Miss Photogenic went to Nia, while Maryurit won three titles: Miss Popularity, Miss Congeniality and Miss Eloquence.

Taking the title of first runner-up was Nia Figueroa, while the new Miss SPHS was announced as Maryurit Triminio, to the delight of the crowd. She was crowned by the outgoing Miss SPHS Faith Edgar, after which she graciously waved from onstage and took a walk as the new Miss SPHS. 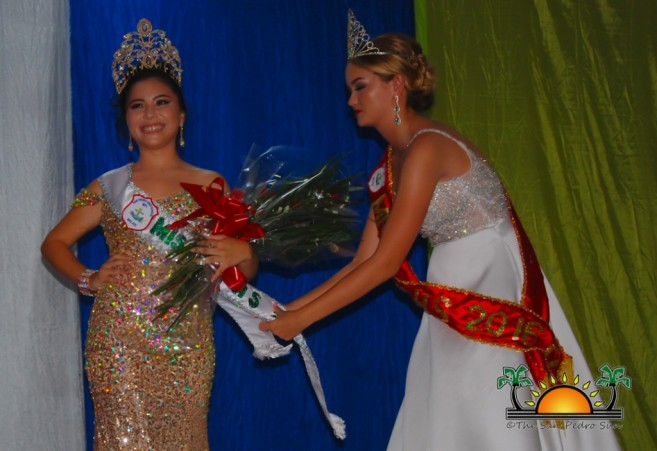 She also won amazing prizes, including a one year scholarship to SPHS, a tablet, and several gift certificates.

The San Pedro Sun congratulates Maryurit for winning the title of Miss SPHS 17-18.