Ms. Anika Nkechi Jackson is a national of Jamaica and Barbados. She received her legal training from the University of the West Indies, Cave Hill Campus in Barbados and the Norman Manley Law School in Jamaica. 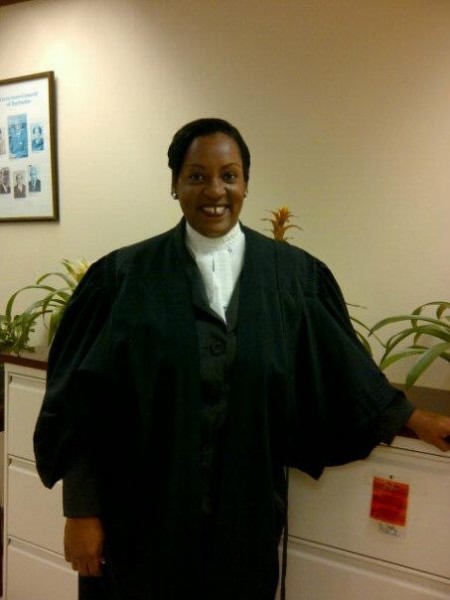 Ms. Jackson returned to Barbados where she practised privately in the areas of both criminal and civil law. She later acted as Senior Crown Counsel at the Solicitor General’s Chambers in Barbados, where she conducted litigation of a wide variety of high profile civil and constitutional law cases involving the Government of Barbados; including, but not limited to, the biggest admiralty case seen in Barbados to date: Credit Agricole v. European Vision, as well as one of the most widely reported customs cases in Barbados: Shazar Distributors v. Comptroller of Customs. Ms. Jackson was also actively involved in the first matter filed by the Barbados Government before the Caribbean Court of Justice: Boyce and Joseph et al v. Attorney-General of Barbados. Additionally she assisted with the litigation of a landmark constitutional law case with respect to ‘bite mark evidence’: Frank Gibson v. Attorney-General of Barbados.
Ms. Jackson later served as Deputy Registrar, Intellectual Property (Copyright Division) at the Corporate Affairs and Intellectual Property Office in Barbados. Thereafter she was appointed Deputy Registrar, Registration Department in Barbados. She is the mother of one son who is in final year at Hugh Wooding Law School in Trinidad.
Ms. Anika Jackson assumed the post of Solicitor General of Belize on August 1, 2014.