A skydiving experience for a vacationer on Saturday, February 10th almost ended in tragedy when a skydiving instructor accidentally made contact with a high voltage power line north of San Pedro Town. The instructor was performing a tandem jump and upon making his approach to the landing site, his foot briefly touched the power line before landing on the roadside. No major injuries were sustained and the incident went unreported to the local authorities. However, the Labour Department and the Immigration Department, jointly in charge of issuing permits for such services, weighed in on the incident, indicating that they will look into the issue and review the company’s safety measures. 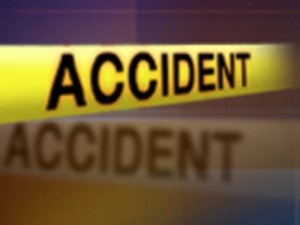 The accident allegedly took place shortly after 4PM and rumors quickly spread that the persons involved had been airlifted to Belize City. But after checking at the different medical facilities on the island and the Belize City, no such incident had been reported. A check with persons close to the company providing the skydiving service stated that there had been no contact with the power lines and that it was simply a bad landing.
However, eyewitnesses say that they indeed saw that there was contact with the high tension wires. According to the witness, who happens to be an experienced skydiver, most of the times these skydivers fly over the power lines to reach their landing site. He said that he had watched several safe landings and it seemed that the instructors were well trained and knew what they are doing. However, on Saturday, the eyewitness stated that the accident was the result of human error. Apparently, upon approaching the landing spot, the skydiver must do a left turn in order to arch over the power lines, but the instructor made it too late. “You need to realize that you are dropping about nine feet per second,” said the witness. “He knew he was too low when he made the turn, I heard him yelling as he approached the lines.” The witnesses described that upon touching the high tension wires they saw sparks and then the person fell on top of the lower wires (cable and telephone wires) before hitting the pavement of the road. The tandem passenger was a lady who apparently passed out before landing. “We cannot tell if she was passed out because of the shock of the accident or from the fall onto the road,” they said. “But they were lucky that they did not get entangled in those lines or else they would have been fried.”
The eyewitness continued by stating that a few minutes later, the lady became conscious and the skydiving instructor seemed to have minor burn injuries in one of his arms. After a few moments the police arrived and offered to take them to the town’s polyclinic, but allegedly no one accepted the offer.
The office of the Labour Department was made aware of the incident and stated that they are one of the agencies that ensure the safety of any services at a job site. The officer at the governmental institution mentioned that before a work permit is issued for any company, such as skydiving, the applicant must provide proper documentation of the qualifications needed for the service. It was also mentioned that the long process also entails knowing where the services will be provided to further ensure the safety of the potential customers. In the case of this recent incident, they had already vetted the qualifications of persons involved in the said business. They claim that members of this skydiving team sometimes get their work permits at the office on the island or somewhere else in the country, however, such parties have satisfied the necessary requirements.
On the other hand, the Immigration Department on the island was unaware of this activity, which apparently takes place between December and April every year. At the moment, their database shows a couple skydiver riggers and instructors who count with current work permits. A representative of the Department said that they issued work permits after they have been vetted by the Labour Department. “They are the ones that ensure they meet the certifications, and safety measures that are associated with the job/service they will be providing,” the representative said. The Immigration officer further commented that they will be looking into the accident and the status of the company that is offering the skydiving services on the island.
The Department of Civil Aviation was contacted regarding the procedure for approvals on skydiving activities, but the spokesperson was not available. In the meantime, it is claimed that the company conducting the extreme sport continues operating on the island towards it closing season in April.

Belize and Mexico discuss Disaster and Risk Analysis and Management