The owner of a renowned establishment on Caye Caulker is at odds with the Caye Caulker Village Council. Eduardo Arceo has been operating Rose’s Gill and Bar for the past 13 years but is now unhappy with the local authorities after his restaurant’s liquor license was denied. The reason for the liquor license denial is over a grill located outside of the restaurant on the street-side that the establishment has been using since its inception. The Caye Caulker Village Council has indicated that the only way they will allow Rose’s Grill and Bar to get a liquor license is if he relocates his grill. The local authorities say that residents in the area have been complaining of the smoke from the grill. 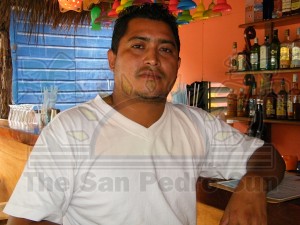 Arceo told The San Pedro Sun that his restaurant has met all the requirements and that in fact, the health inspector has signed off indicating that there is no objection to him obtaining a license.“They are stating very clearly on the paper that I must move my grill from the front and put it to the back of the restaurant. The back of my restaurant is a thatched house that definitely will become a problem for the fire department. To the front, I have zinc that is not a problem for the fire department and not a problem for the health department either. I know about hygiene, I know about food quality so it is not the right thing to move [the grill] to the back,” outlined a very upset Arceo.

The Caye Caulker Village Council Chairman Alberto Villanueva said that while the establishment is renowned internationally and is a favorite among tourists, Arceo’s establishment is only one of many that have been asked to make some adjustments. Villanueva said that the neighbors near Rose’s Grill and Bar have complained about the smoke from the grill, and that has forced 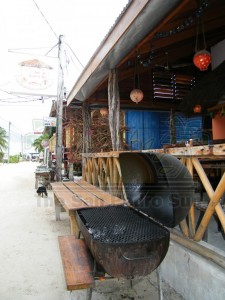 them to take action.“In his case last year he was given notice that he needed to relocate his grill. So last January he was to have relocated his grill and that hasn’t been the case. So the new liquor license year came up and we had bonafide concerns from neighbors that the smoke has been an issue in whatever direction the wind is blowing. They have asked, they have expressed their concerns. Us, as the local authority we have taken those concerns; we’ve told him that it is an issue he is faced with and we just asked him to relocate the grill. We are in no way shutting him down and we have also served him notice that if he relocates the grill, he is entitled to his liquor license. We are not shutting the restaurant down; we do not have that power, he is free to serve his food and non-alcoholic beverages. This is solely a liquor license issue. It’s based on not one complaint but numerous complaints. We don’t have medical documentation for smoke inhalation or the long term effects of smoke. I don’t think there is any research in regards to that for the neighborhood or for Belize for that matter but we believe that you cannot be inconveniencing your neighbors. Making money or a profit at their expense; we are looking at the well being of the entire neighborhood as well,” explained the chairman.

But while the Chairman said the neighbors have been complaining, Arceo has gone ahead to get signatures from all but one neighbor who have indicated that they have no problem with the restaurant’s grill. For that reason, Arceo believes that he is being targeted because of politics. “I remember when elections were going on with village councils. I went totally against Albert Villanueva and he knows that very well. This is the result because I approach the liquor license board and they all tell me the same thing, this is a personal issue. This has nothing to do with the people complaining, the neighbors already signed that they don’t have anything to do with the complaining of this establishment. I have gathered 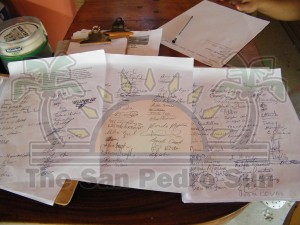 more than four hundred signatures throughout the island and I make it my issue that all my neighbors around me sign it and they are right here, these are my neighbors. These are my direct neighbor,” said Arceo. The only neighbor who had issues with the smoke from Arceo’s grill is Miguel Neil. In speaking to The San Pedro Sun, Neil explained that that the only concern his family has is when the wind changes direction from time to time. In that instance said Neil, the smoke becomes a concern for his newborn. He said however, that since he had a cordial meeting with Arceo that matter is in the process of being resolved, but at no time did he approve of the council’s action to deny Arceo a liquor license.

Villanueva flatly denies the allegation made by Arceo that he is being targeted. The Chairman explained that a total of 10 establishments have been asked to make some adjustments. “We have addressed it across the board. He is the last entity, the last individual that basically has not complied. We have about ten establishments that grill in or around the streets of Caye Caulker and they have complied as well.” Arceo has maintained that the main reason his restaurant has remained in business so long and has become so popular is because customers are attracted to the grilling near the entrance, something that has become symbolic to his establishment. 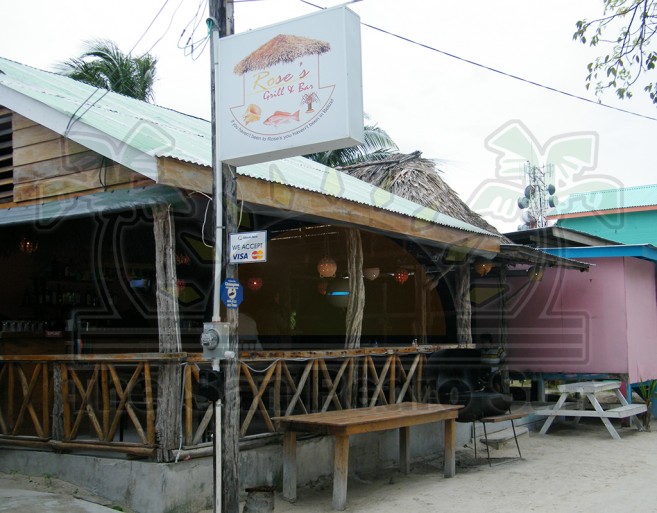 The Caye Caulker Chapter of the Belize Tourism Industry Association has gone to Arceo’s defense indicating that it has now been a concern since the establishment is a member of the organization. The Caye Caulker BTIA indicated that they hope that “their differences be solved with urgency” for the benefit of tourism on the island. Without a liquor license, no alcoholic beverages could be sold which is important to Arceo’s business. For that Arceo has retained the services of attorney Kareem David Musa who is taking legal action against the Caye Caulker Village Council. Rose’s Grill and Bar employs a total of 15 people. In 2012, Rose’s received an international European award for its unique and flavorful cuisine in the entire Caribbean in 2012.