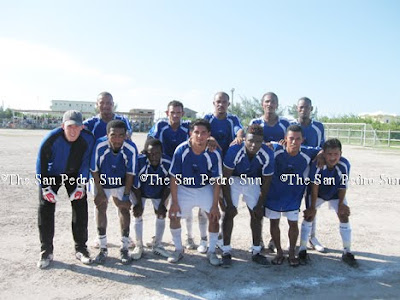 In the Belize Premier Football League, the San Pedro Dolphins won their second game in a row. On Sunday, the Dolphins travelled south to face Wagiya at the Carl Ramos Stadium in Dangriga Town. The San Pedro Dolphins marched determine on the field but as early as 30 minutes in the first half, Wasani Ramirez shelled the visiting Dolphins, forcing them into them to react. 13 minutes later, at 43 minutes of the regular time, the Dolphins capitalized on a keeper error and Tonbra Akpobador returned hopes to the visiting team.

Turing into the second half, at minute 60 of regular time, Cleon Henry was expel from the game after he received a second yellow card in the game. But the San Pedro Dolphins continue to pressure and in 68 minutes was kicked down in the 18 yards box. The referee blew a penalty kick in favor of the visiting Dolphins. An eager Landy Pinelo kicked the penalty and to the dismay of the team, he missed after the ball ended to the far right side of the goal. With only 12 minutes to go the Dolphins finally got their opportunity. In minute 78, Jacinto Pinelo capitalized on a kick with goal range giving the Dolphins a two to one lead in the game. Despite the expulsion of one of their players and having missed a penalty, the Dolphins pulled off a big “W” against the home team of Wagiya. Final score: Wagiya 1, San Pedro Dolphins 2. 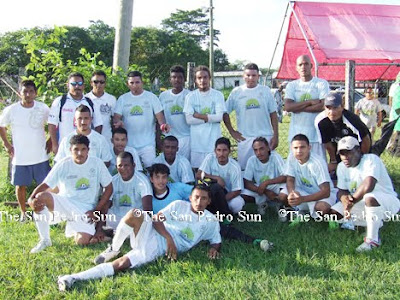 In the Belize Bank Super League San Pedro Islanders got a 3-zip default win from Cayo South. The Cayo team was a no show and with that win, the Islanders qualify into the second round. The Islander will travel south where they will face Valley Renaissance on Saturday evening.