« Older: T.G.I.F.
Newer: » Rachel Sedacca to join you for dinner at Hummingbird

Alleged drug plane is being sought in the Orange Walk District


Orange Walk Police are yet to confirm details of a plane that allegedly crashed in the Blue Creek Community in the Orange Walk District on Tuesday. The San Pedro Sun has confirmed that Orange Walk Police are in the area since reports were received four days ago that a plane, suspected to be drug related, was heard and seen hovering in the area. It is strongly suspected that the aircraft experienced engine failure and fell in the hilly areas of Blue Creek Village, along the Mexican border of Quintana Roo, Mexico. 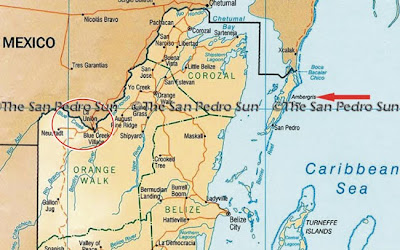 While information is shortcoming, Orange Walk Police have been in the area and continue to comb for the plane, the occupant (s) and the content of the plane, but the hilly terrain has made the search difficult for officials. According to multiple sources, the plane has been found by Mexicans living near the La Union community along the border and have refused to collaborate with Belizean authorities. Although this information has been revealed by both Mexican and Belizean media it has yet to be confirmed by Belizean authorities. The Sun also understands from multiple sources that Mexican authorities are also investigating the incident and are in the area along their borders. The San Pedro Sun will have more information as they become available.