Coalition to be launched on World Ocean Day

Press Release – June 4, 2010 – World Ocean Day – Over eight NGO’s have joined forces to form a coalition to bring about awareness about the implications of oil exploration and drilling offshore and in protected areas in Belize.

As part of World Ocean Day the coalition will unveil its official name, membership and position on the ongoing debate of oil drilling and exploration offshore and in protected areas. Since APAMO, COLA, OCEANA, Healthy Reef Initiative and BELPO went public with their position on the issue of offshore exploration and drilling there has been a pouring of support from organizations and members of the public, which has spurred the need for the Coalition to be formed. Since then its membership has been growing with APAMO alone bringing on board its 14 members which are other local and community based NGO’s. 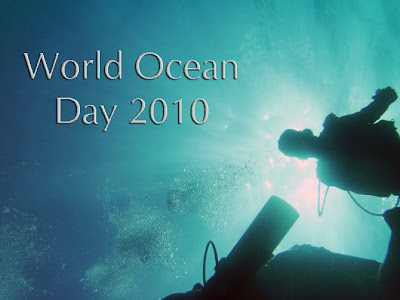 Several other environmental and social partners have since signed up to join the coalition to address their concern with a united voice. The coalition is studying the socio-economic impact and the legal implications of the proposed oil exploration and drilling off our shores and in our terrestrial and marine protected areas with a view to advice the government on the need to reconsider its present policy and ban these activities in our waters and protected areas.
The general public is invited to be a part of this historic event which will be held June 8, 2010 from 2:00pm to 4:00pm at the Radisson Fort George Caracol Room. Please be seated by 1:30pm.
As part of the forum there will be a presentation on issues that need to be addressed in relation to oil exploration and drilling both offshore and in protected areas, on land and in sea. Presenters will speak about the legal realities in Belize, the economic impact to the existing tourism and fishing sectors and the environmental implications for Belizeans.
The forum will also be the occasion at which the winners of the Oceana World Ocean Day Essay competition will be announced and awarded their respective prizes.
This forum is being held in partnership with APAMO, COLA and Healthy Reef Initiative and co-sponsored by OAK Foundation and KREM RADIO & TV, which will also be airing the event live.
***Contact Persons: Yvette Alonso – 6717202 / Audrey Matura-Shepherd: 610-0702***

Sargassum returns to the beaches