Belize has been slow to tap into a potential half-a-billion dollar tourism market, something that other Caribbean countries have been enjoying. With over 150,000 small family-sized private aircrafts in the United States of America (USA), over 40,000 of these planes fly annually to Caribbean destinations such as the Bahamas, Turks and Caicos and even Puerto Rico. It is a ½ billion dollar market that other destinations such as the Bahamas have embraced, implementing special mechanisms to facilitate its full potential. But just as the Boogie in Belize sky diving activities conducted by Tsunami Skydivers were some years ago, authorities in 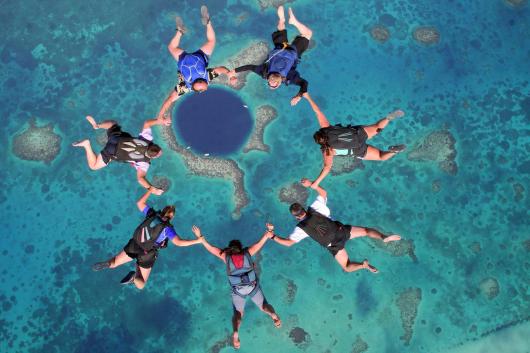 Belize have not been as receptive to the idea as other neighboring countries.
In February 2014 a group of about 20 pilots – members of the Caribbean Flying Adventure, flew to Belize to see the feasibility and logistics of flying to Belize as a tourism package. Since then, they have been trying to get the tourism and other relevant authorities onboard, but the process has been “tedious and slow.”
One such pilot and private airplane owner who knows the economic magnitude of the industry is Rob Eykelbeysh. He recently relocated to Ambergris Caye and said that if Belize is serious about tourism, such a target group is one way forward. “I have flown my own airplane to Belize and I have seen what a great place it is to fly. I see the opportunity to bring down many of my friends from Canada that are all airplane pilots with small aircrafts that would like a place to get away to during the winter. I see the opportunity for them coming down and spending money in accommodations, food, drinks, dive tours, sailing, fishing and fuel. There are various things to do, and if they are going to come all the way here, they are going to spend some pretty big tourist dollars,” said Eykelbeysh.
Caribbean Flying Adventure had planned a second trip to Belize for February 2015, with a larger group of planes and pilots. That plan has been put on hold, and may be re-routed to Guatemala. The San Pedro Sun understands that Jim Parker of Caribbean Flying Adventure has been in communication with officials at the Belize Tourism Board (BTB), but he has indicated that BTB does not seem prepared to consider whether or not to include private aircraft owners on their list of targeted sectors. 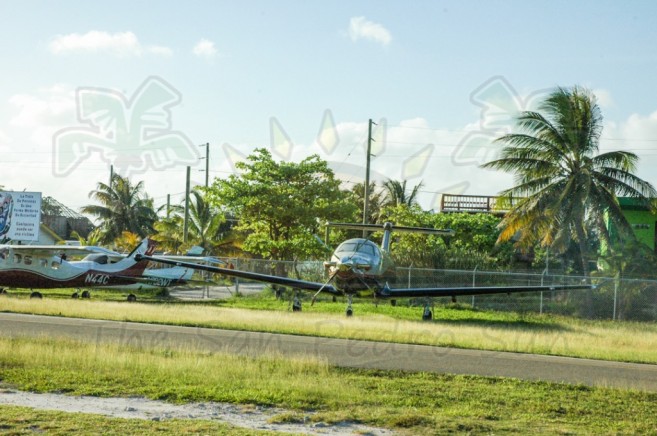 Earlier this year, Parker told The San Pedro Sun that with minimum efforts and an insignificant budget, Belize can begin to attract thousands of private, family owned aircraft that are currently flying to the Bahamas. He explained that all that is required is an ongoing campaign to invite private aircraft owners to come to Belize and a coordinated effort between the Ministry of Tourism, Civil Aviation and the Airport Concession Company. This would allow for a better streamlining of arrival and departure procedures at the airport, which would attract a new form of tourism.
Each small aircraft is estimated to contribute about $4,000 to $5,000 directly into the country’s economy, through landing fees and other related taxes to the government. “There is no reason why Belize can’t take advantage of this. It’s a small market, but one that leaves a place like the Bahamas with hundreds of millions in tourism revenue each year. We want to attract some of those pilots to come to Belize and leave some tourism money here in the country,” highlighted Parker in an interview last February.
Currently, the number of family owned private piston aircrafts that arrive annually in Belize are less than 50, compared to the 40,000 that travel to the Bahamas. However, for Caribbean Flying Adventure to consider coming to Belize, they would want to see the involvement of the Belize Tourism Board and other relevant agencies, including the Customs and Excise Department.
Readers may recall that in 2012 Tsunami Skydivers discontinued Boogie in Belize and stopped bringing the sky diving group to Belize. After seven years of coming to Belize, Richard Grimm of Tsunami Skydivers was unable to get the cooperation of the Ministry of Tourism and Civil Aviation as well as the Customs and Excise Department. They instead took their activities to Nicaragua where the Government had embraced the idea and the “Boogie” has now become a major tourism attraction and activity for the country. It was estimated that each year, the group of 200 plus skydivers would spend a combined US$2 million while in Belize.
The San Pedro Sun tried getting comments from the Belize Tourism Board, but to no avail.