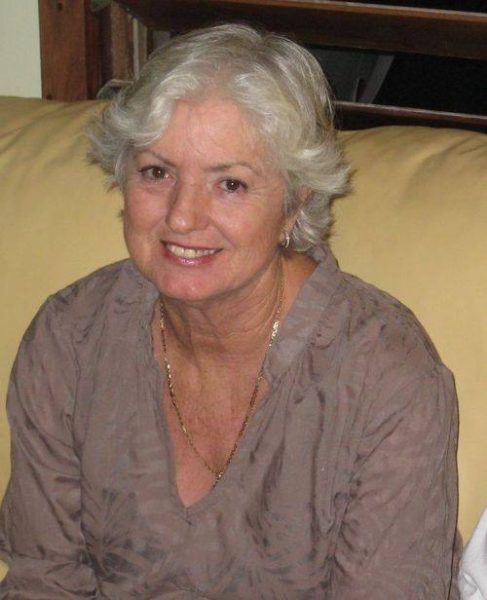 A gentle soul with a soft voice and an innate kindness that enveloped and drew you to her, no matter the circumstances, Natalie Palen was the embodiment of love. She bore the title of a beloved daughter, wife, Mummy, Granny, Tia Nats, and most of all, Nurse Natalie. Ah yes, Nurse Natalie was a much-beloved member of the San Pedro community.
Her passing is felt by many on this island, who witnessed her tireless, giving nature as the community nurse who lovingly delivered and cared for hundreds of babies – some would say a couple of generations of babies! From the caring talks, gentle ways and even injections, Nurse Natalie touched the lives of many. Natalie was a founding member of San Pedro Alcoholics Anonymous, an active member of NEMO, a Justice of the Peace, and was willing to give educational talks when she could in schools across the island. Even as she suffered illness and physical setbacks, she had a warm smile for those she came across.
We share an excerpt from an article The San Pedro Sun wrote several years ago about Nurse Natalie in our “Our Community” column. She was a remarkable woman, who throughout her life, accomplished her lifelong dream of nursing, and chose to live on her beloved island in service to her community.
“Natalie Hancock was born in New York, USA on April 27, 1947 from a loving union between Peggy and Peter Hancock. Peggy, born British and Peter, an American met during the war in England. Natalie lived her childhood in New York and New Jersey until 1959, when she, her brother Mike and her parents moved to San Pedro. Her dad, who came from a wealthy family, decided to move from the USA because he wanted his children to appreciate people more than material possessions. The Hancocks first read about San Pedro in a newspaper advertising “land for sale in British Honduras.” Peggy and Peter decided to visit the country and fell in love with Ambergris Caye. Returning home, they made a decision to relocate to the small island they had known as La Isla Bonita. Peter prepared his family for the journey aboard their sailing boat by allowing each member of the family only one piece of luggage, since he wanted them to live a simple life in their new home. Natalie commented, “Dad was a genius. He was an Executive Electronics Engineer in New York. He believed that making a lot of money was not all-important if one did not have time to enjoy life. That is why he opted for the lifestyle we lived in San Pedro.”
Peter Hancock bought Buena Vista Cocal and that became Natalie’s new paradise. In those days, because there was no high school on the island, education for most children in San Pedro ended at age twelve. Natalie was enrolled in a high school correspondence program but quit four months short of graduating. She married a British soldier at the age of 17 with whom she had two children; Amanda and David. 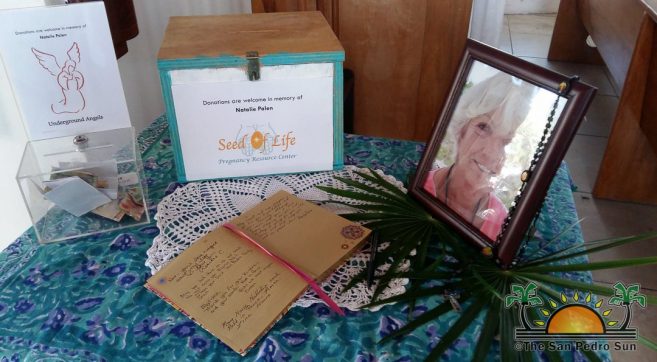 Natalie recalls that ever since she was five years old, she wanted to become a nurse and would dress up as one every Halloween. Soon after her wedding, she volunteered her time to help at the baby clinics in San Pedro that were held when nurses from Belize City would come to the island. After four years of marriage, Natalie separated from her husband and started working as the Manager of the Barrier Reef Hotel, while her parents looked after her children. She then enrolled at the Belize School of Nursing in Belize City to train as a nurse. Unfortunately, this did not work out as planned either. Only six months into her schooling she decided to quit and return to her husband because she felt her children needed their father’s love.
Eventually, Natalie’s husband was transferred and she and the children moved to Washington, D.C. Natalie went to work in the clinic there, receiving laboratory and injection training. She then moved to England to work as a nurse’s aide. Natalie’s determination impressed the Ward Sister of the hospital who encouraged her to apply to medical school. Because Natalie had not graduated from high school, she was required to take an entrance exam; having passed, she was accepted in 1974. Three years later, Natalie was certified as a Registered Nurse and achieved the Best Student Award. She first worked at a psychiatric hospital for one year and then in a medical ward for another year. Her husband was again transferred back to Washington DC where Natalie worked as the Nurse in Charge at the Washington Clinic. During this time Nurse Natalie realized her marriage was in trouble and that deep in her heart she knew she wanted to return to San Pedro. She also knew that if she returned to San Pedro, she had to know about delivering babies. 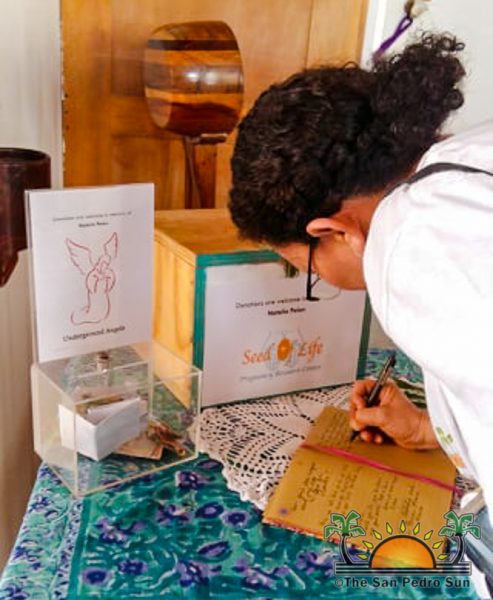 In 1983, she returned to England and enrolled in the School of Midwives, graduating in 1984, once again with top honors. During her training, she worked in an intensive care unit for newborns and fell in love with this practice. She decided to train as a Specialist Nurse for Intensive Care of Newborn Babies and continued working at the hospital for another five and a half years as a Ward Sister.
Nurse Natalie returned to San Pedro in 1990 for a vacation and broke her leg on the first day. She returned to the USA for surgery but, after she was able to walk with crutches, came back to the island permanently. She stayed at her mother’s home in the cocal where she met her future husband, Sam Palen. He was very attentive, helpful and took care of her. Sam and Nurse Natalie fell in love and married on October 4, 1991.
After her arrival to San Pedro in 1990, Nurse Natalie’s contribution towards healthcare for the residents of San Pedro was enormous. She volunteered her services at the Lions Clinic one to two days a week and was eventually hired to work the evening shift. She then worked part-time with Dr. Roberto Toriz (deceased) until he moved. In 1992, she was hired as a resort nurse at Journey’s End. In 1993, Nurse Palen joined the practice of Dr. Daniel Gonzalez, working with him until 1998 when he left to further his education. She then accepted a nurse’s position at the San Pedro Health Center, where she worked full-time as a nurse and midwife.
Nurse Natalie has delivered well over 500 babies in San Pedro and tended to hundreds of patients. “That is what I like about working on this island. I know the families and I see the children grow. Even though the pay is much less than in England, the satisfaction is greater. My patients are like my family,” she told The San Pedro Sun. Her advice to those interested in this profession is that they need to be dedicated, study hard and be interested in people. “If you do not care about other people, you will not be a good nurse. You have to treat everyone equally in this profession.”
Nurse Natalie lived in the cocal where she moved to 61 years ago, with her beloved husband Sam in their small home. She is survived by her beloved husband Sam Palen, children Amanda and David, bonus children Todd, Kerri and Kristi, and four grandsons: Chris, Grant, Jason, and Alexander. The San Pedro Sun joins the community in extending sincerest condolences to Nurse Natalie’s beloved family, and we pray she is resting peacefully. She will be dearly missed.