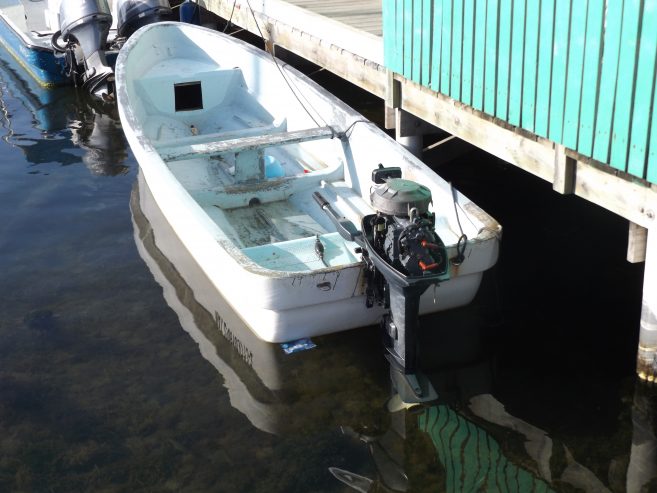 According to reports, the incident occurred on Thursday, December 5th, when rangers were patrolling the Bacalar Chico Reserve and noticed a small boat with the three occupants. When they approached, the occupants tried to get away by heading out to the open sea. The report further indicates that the high waves on that day capsized the boat. The occupants were rescued and the boat and equipment in it confiscated. Fisheries found a spear gun, GPS device, equipment to fish at night such as flashlights, and even undersize lobster.
During the court case, the accused declared themselves guilty of the offenses and were ordered to pay fines or in default they would face up to six months imprisonment. The fines were paid almost immediately by family members who came to bail out the trio. Members from the Embassy of Mexico in Belize came to the island to assist both Mexicans to return to their country.
Illegal fishing at the Bacalar Chico Marine Reserve are allegedly a constant occurrence, particularly by fishermen coming from the Mexican side. As a result, the Hol Chan Marine Reserve and the Fisheries Department have become more vigilant within the marine protected areas surrounding Ambergris Caye.
Anyone who may have information on any fisheries violations can contact Hol Chan at 226-2247.

Jasmine Hartin out on bail, again