« Older: Police Report
Newer: » Registering your property can protect you from land fraud 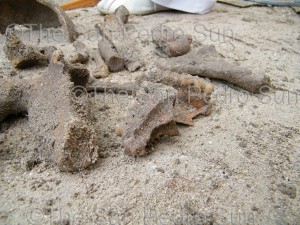 The bones of at least two adult humans were found at a construction site in San Pedro Town. The discovery was made yesterday by the construction personnel at the corner of Ambergris Street and Pescador Drive.

The San Pedro Sun was the first on the scene and shortly after, Police personnel were called to the area. According to Dr. Javier Zuniga, it appears that the bones are of two adult humans. It is uncertain how long the bones have been buried, but the bones were found in one single area in the center of the construction site. The San Pedro Sun observed old pieces of pottery scattered in the construction area.

The bones were picked up by police and will be taken to Belize City for testing. According to long-time residents in the area, it is not the first time that human remains have been uncovered during construction. 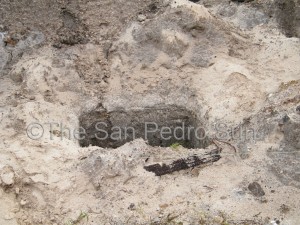