There is tension within the United Democratic Party (UDP) as a leaked audio recording alleges that Prime Minister of Belize, Honorable Dean Barrow paid monies to a People’s United Party (PUP) representative to sabotage the election process. The recording came from a conversation with UDP Standard Bearer for Stann Creek West, Melvin Hulse. Among the accusations, Hulse details how Barrow allegedly spent large amounts of money on bribes for the Opposition. Barrow has since condemned all allegations as lies and is seeking both political and legal action against Hulse and any media that airs the recordings. 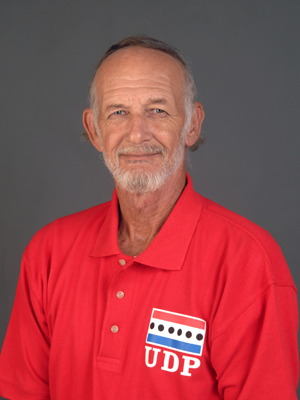 In the recording, Hulse claims that Barrow has spent two million dollars to win a bye-election and even paid off two PUP representatives to step down. Hulse alleges that Barrow bribed former Area Representatives for Dangriga, Ivan Ramos and Cayo North, Joseph Mahmud, and claims that both of these transactions were made behind the back of PUP executives.
Apart from the bribery allegations, Hulse also describes Barrow as “arrogant” and a “dictator”. Hulse goes on to say that he believes the only thing important to Barrow is for him to go down in the history books as the only Prime Minister to win three terms back to back. Hulse claims that Barrow is not loyal to friends, country or even the party. In the recording Hulse seemed unhappy with the way the current UDP Administration is handling the country’s finances, and Barrows’ excessive spending during any election process.
Barrow released a statement of Monday, June 22nd condemning Hulse’s actions. “I am extremely disappointed to learn of a recording in which Melvin Hulse, the United Democratic Party candidate for Stann Creek West, engaged in the spreading of what is a very serious piece of falsehood, a very serious lie that grossly libels me. What is worse, he – from what has been reported to me – appeared not just to have been propagating the libel, but embracing and endorsing it. He will have to explain this to the public, the Party and his constituents, and he will have to apologize to me. He will also have to suffer the consequences, both political and legal, for his actions,” said Barrow. 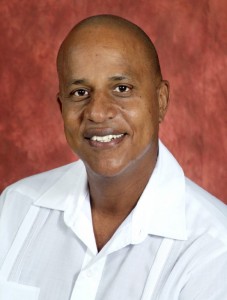 Barrow went on to state that, if forced to, he would sue whoever continues to share the libelous content of the audio recording. “I also want to make clear that no one should feel free to repeat Hulse’s libel just because it originated with a UDP candidate. Some have already done so, as I understand, and they too will have to face the legal consequences. I will do all that is necessary to guard the good reputation that I have gathered over the long years I have been in politics and public life,” said Barrow in the release statement. “I would hope not to have to sue anybody. You see, it is a peculiar situation because it is a matter of public interest. But everybody must realize that Melvin Hulse is not part of any kind of inner circle in the UDP, he is really just retailing what is speculation and gossip and he does so as though he knows. You really can’t countenance that,” said Barrow.
Hulse has since went public to admit his error and apologized to Barrow. “I was complaining and they taped me. Yes, it looks bad right now and yes, they are attacking me and I am the one that ran off about it, but this is not going to hurt Barrow because nobody can question; nobody has developed this country more than him. So I don’t know why they are creating this problem. Without question, I apologize to him and with the same token I can’t just leave the PM by himself. I am a family member of the UDP; have been for a lifetime now and so this in turn makes the party look bad because they aired some horrible things I said about the Party Leader. So, I apologize if they end up being in a limbo or end up feeling like that I really feel bad about that,” said Hulse in regards to the leaking of the audio recording.

GIS Training for BDF and BCG

Joint Press Release from the Governments of Belize and Guatemala