The Sagebrush Community Church San Pedro Campus celebrated the groundbreaking of what will be their new meeting hall on Sunday, February 18th, near the Sir Barry Bowen Bridge north of San Pedro Town. The event marked the official commencement for the construction of a building that will serve as the Church’s congregational edifice on the island. Present at the short ceremony were members of the church along with invited guests. During and after the ground-breaking act, everyone was treated to tacos and refreshments. 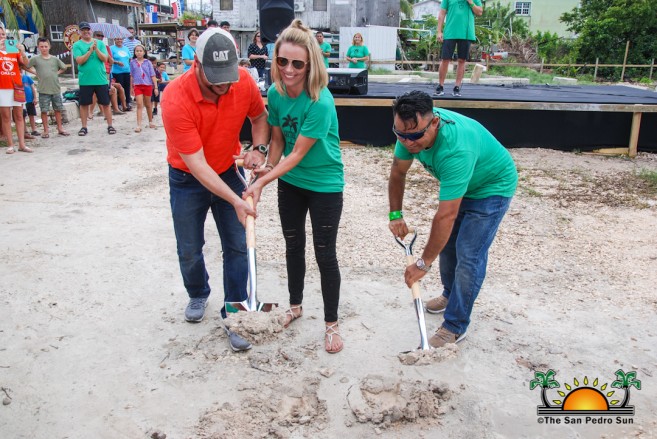 Early on Sunday morning, Sagebrush, a non-denominational church with its headquarters in Albuquerque, New Mexico in the United States of America (USA), welcomed its hundreds of followers as they do every Sunday for their routine church service. However, this time the crowd was even bigger with the anticipated historical event of the ground-breaking. For the The Sagebrush Community Church San Pedro Campus celebrated the groundbreaking of what will be their new meeting hall , while they raised funds to start building their church. According to congregation members, most of the funds for the project came from the different Sagebrush campuses around the USA. 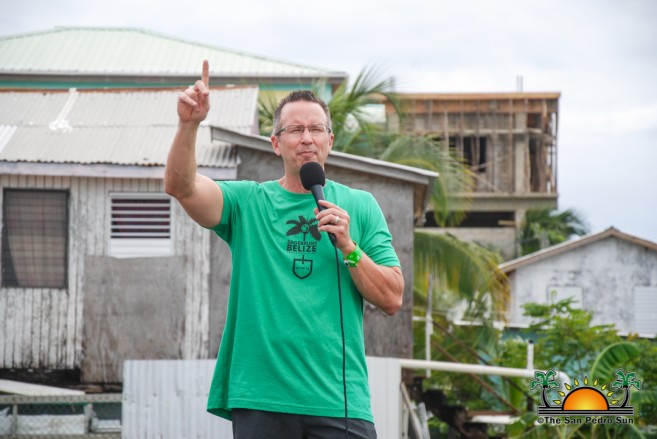 The activities for the special event started right after the last service, around 11:30AM. Everyone was invited to head across the bridge where the ground-breaking ceremony was scheduled. At the designated venue of the construction site, four members of the church sang onstage, while everyone else enjoyed refreshments and tacos. A couple minutes after, everyone was asked to approach the stage, where Pastor Todd addressed the attendees. He shared his joy that the day for the building of their church in San Pedro was finally here. “We will make a difference in as many people’s lives as we possibly can,” he said. “Think about the marriages that will be restored here, the prodigal sons and daughters that will return home, the addictions that are going to be broken, the sins that are going to be repented and the salvation and baptisms that are going to happen here. We truly are a part of something awesome and significant.” Before the symbolic ceremonial soil dig, Todd prayed, blessing their accomplishment for securing land and funds for their church building. 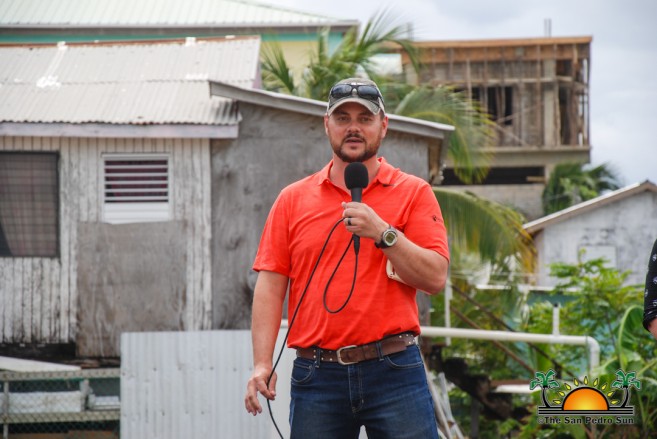 The crowd was also addressed by Kyle Thomas, the person that will be in charge of the construction. Thomas shared with The San Pedro Sun the details of the building. “The building will consist of two stories,” said Thomas. “On the ground level, we will have the church’s offices, the main auditorium worship for adults along with smaller children’s classrooms for their teachings. The second floor will be for older children from elementary level to 13 years old and there will be also a section for children up to 18 years old.” The building is expected to be just under 11,000 square feet. 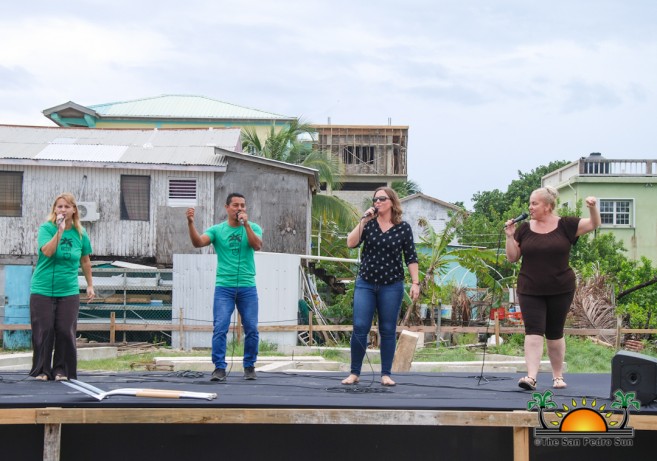 After the formalities, members of the church, including San Pedro Campus Pastor Rafael Torres, participated in the symbolic digging and turning of dirt that officiated the project. Following the ceremony, everyone was invited to more refreshments and tacos. 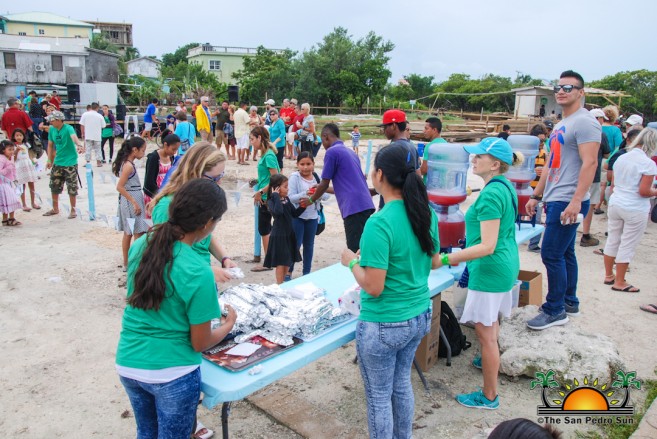 The beginning of Sagebrush in Belize dates back to 1999. According to Thomas, they started with bible studies in his home on the island with six couples. “We used to eat together, and watched DVD’s of sermons from the church headquarters,” said Thomas. “The Bible study group began to grow and soon we had around 15 couples. A year after that, the number doubled and we had to move to an office and as the group grew, we then had to conduct more than one session in order to accommodate everyone.” Thomas said that there was always someone taking care of the children that came to the evening bible studies, while the adults watched the recorded sermons and discussed the video lectures. 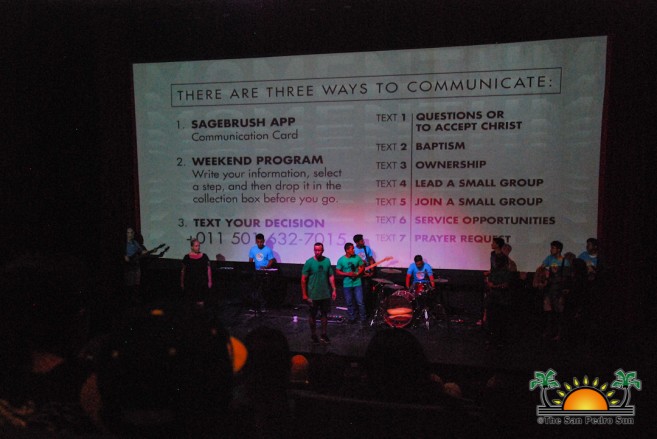 In February of 2012, they decided to provide the church services at Fidos and later moved to the Paradise Theatre where they currently host two bible study sessions on Sundays. According to Thomas every Sunday they host over 500 persons. As the number of church followers continues to grow, they needed a place of their own, and upon acquiring a property next to the bridge north of town, Thomas said that the fundraising began. Thomas added that Sagebrush feels obligated to be the best role model for their young followers. “We have up to 250 children in our church, so we have a big responsibility in taking care of them and teaching them the love of Jesus,” said Thomas. He believes that if the church reaches the youth on the island, things could be better.

Letter to the Editor: AS IF SOME LESSER GOD HAD MADE THE WORLD