The preliminary report on the tragic Belize Defence Force (BDF) helicopter crash that killed four airmen, Majors Adran Ramirez, and Radford Baizer, along with crew members, Corporals Reynaldo Choco and Yassir Mendez, was revealed on Tuesday, March 10th by the Ministry of National Security. It indicated that one of the probable causes of the accident is the human factor, as the mission was carried out in hours of limited visibility and without navigation equipment. The report, which was prepared by the Honduran Armed Forces, adds that the flight was done over the water and in adverse conditions. The report’s analysis includes that one of the pilots was making/receiving reports via a cell phone, which may have led to spatial disorientation in the flight crew. The helicopter is believed to have descended at a very steep angle unconsciously during a turn, crashing at high speed in the Western Lagoon, near Gales Point Manatee, in the Belize District. 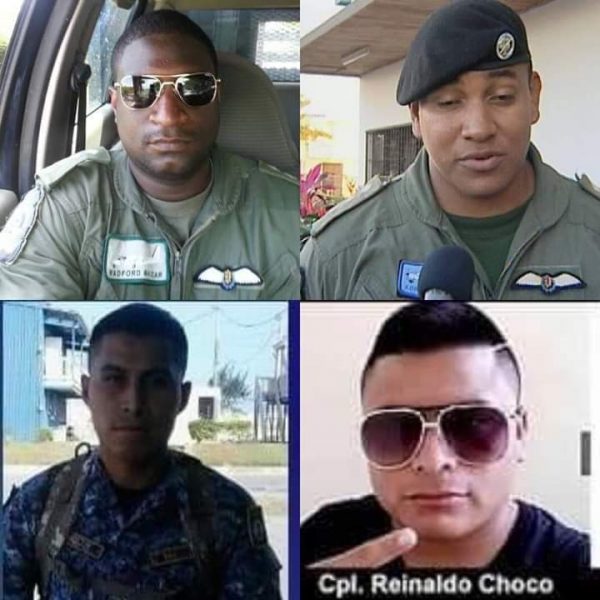 The report was made public via the Ministry of National Security’s website explaining in detail the events leading to the accident. It was also noted that an aircraft malfunction was not a factor in the accident; however, the weather conditions were not considered favourable for carrying out this flight mission. The report explained that because the pilot in the command controls may have been communicating with ground troops via cell phone, he became disoriented and, while flying over the water with gusty conditions, led to hitting the water without enough time to react to such situation. The report noted that the BDF helicopter lacked night vision equipment, which would have helped the pilots significantly, as there was no natural light at the time of the operation. It has been recommended that there be no more night operations until such equipment is acquired.
A ballistic report was also conducted, and it disapproved of allegations that the aircraft was shot down. The preliminary report indicated that the reason why the helicopter was so heavily damaged, is due to the force of an impact at the time of the crash. 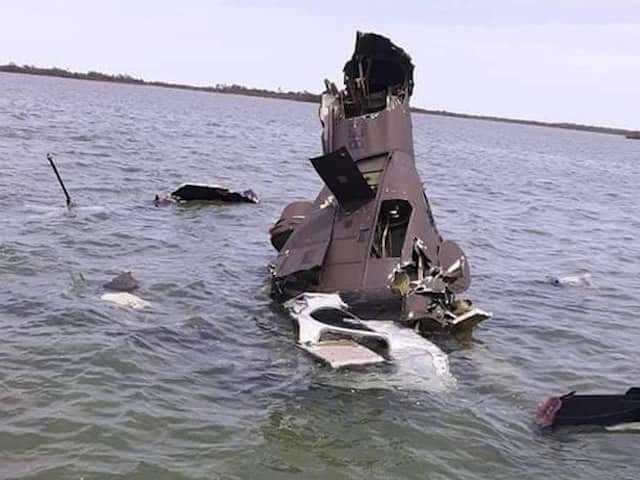 Preliminary report presented at Press Conference
Minister of National Security Honourable Michael Peyrefitte held a press conference at the Belize Coast Guard headquarters in Belize City. He was flanked by BDF Commander Brigadier General Steven Ortega, Chief of Defence Staff John Borland, lead investigator of the crash, Captain Elton Bennett and Deputy Commissioner of Police, Edward Broaster. Peyrefitte laid out the timeline of the Joint Intelligence Operation Center (JIOC), which is made up of the police and BDF. According to Peyrefitte, a request was made to General Ortega to assist with a helicopter in an operation to intercept a suspected-drug plane heading to Belize on the morning of Thursday, February 27th. “At around 1:45AM, JIOC calls Major Ramirez and tells him to get prepared for a mission as General Ortega had conditionally approved a mission for him to deploy a helicopter to assist in an operation,” Peyrefitte told the media. “At 2:22AM, General Ortega calls Major Ramirez and tells him that the mission is a go, provided that he, Major Ramirez, is satisfied that the proper conditions exist in order to safely fly.” Peyrefitte continued, saying that around 3:17AM, Major Ramirez texted General Ortega talking about the weather and saying that they were going to depart. Ramirez, who was the head of the Air Wing, reportedly lift off from the Williamson Base at the Philip Goldson International Airport area at around 4:07AM.

Minutes later, ground security forces intercepted a jet with over 2,000 kilos of suspected cocaine after it landed at a makeshift airstrip near Gales Point Manatee.
It was revealed at the press conference that the mode of communication from the helicopter was via WhatsApp. According to Peyrefitte, the content of those messages was not shared for reasons of national security. He stated that the last communication with the helicopter was at 4:33AM. Major Ramirez was exchanging messages with Major Veliz regarding the successful operation. “When Major Veliz sent that last text message to Major Ramirez, the usual two ticks that you would see when you send a WhatsApp message to indicate that the other person has received it did not appear. Major Ramirez didn’t receive that WhatsApp message.” 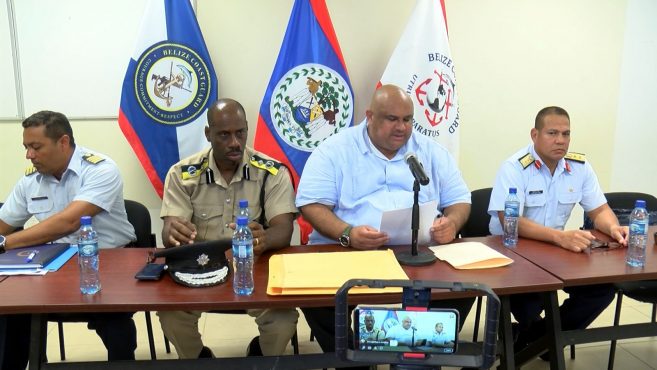 The helicopter was not reported missing until late that same day when it did not return to base. On February 28th, after a search and rescue operation, the destroyed helicopter was sighted at around 10AM. All four members of the helicopter were recovered and pronounced dead by a medical officer on the scene.
Helicopter missing for 12 hours and WhatsApp Messages on an important mission?
The Ministry of National Security and the BDF have been aggressively questioned as to why it took so long to raise the alarm that the helicopter was missing. According to Peyrefitte, that is under investigation, and whenever the full report is completed, if someone is found at fault, they will face serious consequences. The Minister added WhatsApp messaging is what they can afford to use. “We can’t afford the level of equipment that can have us at that level of technology,” said Peyrefitte. “We have to do with what we have. Based on resources that are placed in the Ministry of National Security, that is all that we could afford to do.” General Ortega backed this information saying that they use WhatsApp, because that is what is available. He mentioned that they do use radios, but it depends on the availability and location.
While a full investigation into Belize’s most tragic air accident is yet to be concluded, the affected families are yet to respond if they accept the findings of the preliminary report. They have acquired the services of Attorney Audrey Matura. According to Matura, the families will go through the preliminary report and then indicate their position on its details. No indications were given if the families at any point, would consider suing the government. “That is a possibility, and also it may be that is not a possibility, because the government said they would be compensated,” said Matura.
Meanwhile, Minister Peyrefitte, along with his Chief of Defence Staff, Borland will be meeting with the families next week to further discuss the preliminary findings.

Letter to the Editor: Lifesaving Lessons with Butane