Tourism stakeholders from across the country converged in Corozal Town on Wednesday January 15th for the 13th Annual Tourism Industry Presentation. H osted by the Ministry of Tourism and Culture through the Belize Tourism Board (BTB), the event was held at Tony’s Inn Resort and was geared towards reflecting on the previous year’s accomplishment and challenges, and to present the stakeholders, the Ministry’s plans for the 12 months ahead to the stakeholders. 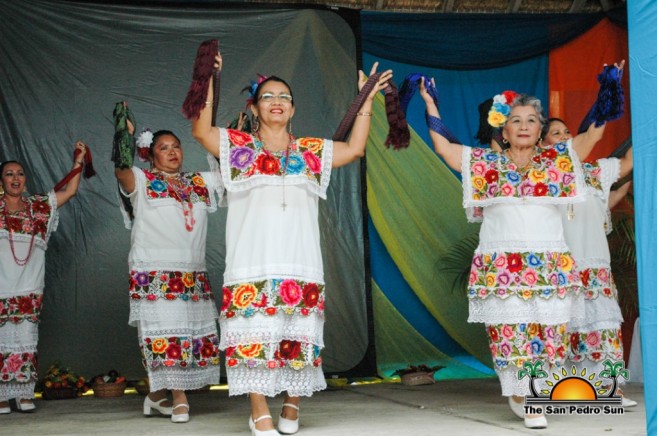 The event included cultural presentations, reports from the senior tourism officers, and the announcement of new initiatives that the Ministry of Tourism and Culture and the Belize Tourism Board are putting forward. Speaking at the event was the acting Chairman of the Board of Directors of BTB, Einer Gomez, who said that tourism is the livelihood of Belize, thus it is everyone’s business. “Tourism gives us the opportunity to serve and it exposes our country’s natural beauty. It enhances our culture and makes us love our country. Tourism is everything for us,” explained Gomez. And while tourism is everything, the evidence is in the tourism figures which were proudly announced by the various speakers. 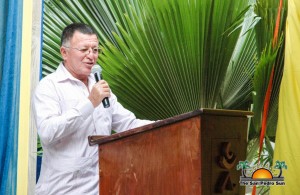 The Minister of Tourism and Culture Honorable Manuel Heredia Jr said that not only are tourism figures up for 2013 when compared to 2012, but there is also investment growth in the tourism private sector area. “In 2013, we saw an increase of 21.2% in the number of tour operators in Belize and 8.4% growth in licensed accommodations establishment, meaning that we now have 1400 licensed tour guides and thousands of Belizean hospitality workers have more opportunity for meaningful employment in 2014. This is a testament to what is possible when we the public and private sector work in close collaboration to ensure that tourism remains a national priority. In 2013, the Ministry of Tourism and Culture and the Belize Tourism Board reaffirmed its commitment to being of service to this industry. This approach is grounded in the principle of good governance that exercises all its powers to create an enabling environment for those that we are mandated to serve… Our performance in tourism over the past year has been well over the average global growth level. In fact, it has placed Belize at the forefront of our region. Our neighbors both to the north and south of us are paying close attention to what we are collectively doing to achieve such success as they continue to slowly rebound from the recession,” explained Heredia. 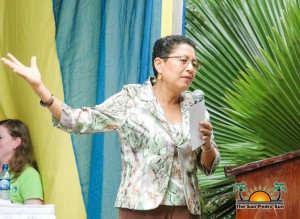 According to BTB, despite the backlash from both local and international media, especially from the Noh Mul incident, overnight tourism saw growth in eight months last year, contributing to an overall increase of over 7% growth when compared to 2012. Heredia said in his remarks that cruise tourism also enjoyed over 5% rebound in 2013. He indicated that through hard work, the industry also saw an increase of seats and flights to and from Belize.
According to the event’s guest speaker, Bonita Morgan, Director of Resources and Mobilization Development at the Caribbean Tourism Organization, Belize’s tourism figures place the country at the forefront of the region. “The region as a whole at the end of 2013, are not going to go higher than a 3% percent in increase in arrivals and some of our destinations are going to have, or have registered a flat performance in 2013. So it has to be that you are doing something right within Belize in terms of working together—public and private sector—to make sure you take advantage of whatever opportunities are out there to bring visitors into your country,” noted Morgan. 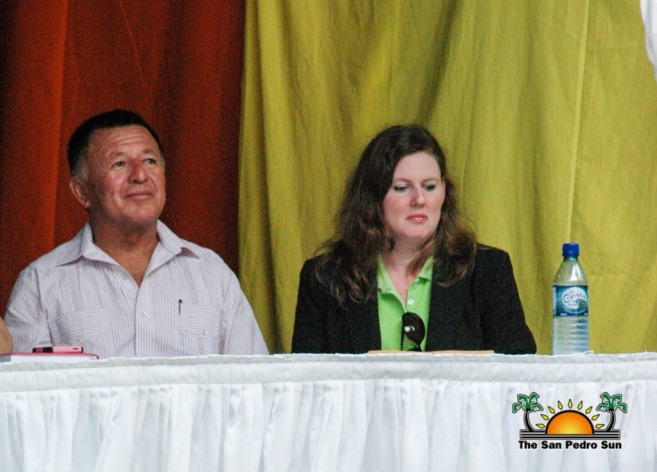 Speaking to the tourism stakeholders, BTB Director Laura Esquivel Frampton explained that after several consultations across the country, their focus remains on the tourism master plan. “The National Sustainable Tourism Master Plan identifies some constraints to tourism development such as poor level of accessibility by land and air. It goes on to say that further input from the tourism sector should be allowed in terms of accessibility and transportation infrastructure. While the BTB is not an implementer, we can be the conduit, and lobby via the Ministry of Tourism and Culture for the creation of the ministerial council which is spoken about in our master plan and then through that, lobby for access to our destinations, improved infrastructure and of course improvements at all of our arrival sites… But, the top priority is creating that roadmap for the hospitality training institute that is greatly needed in Belize. The master plan envisions the creation of a hospitality polytechnic institute, as a center of excellence in hospitality training and sustainable tourism development research.”
But what can be expected in the year ahead? According to Heredia, the Ministry has secured funding for infrastructural development that will impact the tourism industry, thus providing for more growth. “The ministry is also in the process of negotiating other cooperation agreements to support the development of tourism infrastructure with key international partners. Just this week, in fact, the ministry was successful in securing an eleven million dollar project through the Taiwan International Cooperation Development Fund for the upgrading of the House of Culture and the preservation of other historical buildings in Belize City. Four million is being discussed with Belize Rural Development Program to look at other community-based tourism initiatives for both northern and southern Belize.”

Frampton said that while there will be projects in various established destinations, three other destinations will see major waterfront restoration. “We plan to look at the development of waterfront strategy for Punta Gorda, a tourism development plan for Caye Caulker, and since one of the reasons we also chose Corozal [for this event] was to also announce that we plan to work with the residents of Corozal for the development of a waterfront strategy for Corozal Town,” she explained.
The Tourism industry is an important part of the economy of Belize, contributing to over 25% of all jobs in the country, and making up for almost 22% of the country’s Gross Domestic Product. This constituted to over $650 million according to Government of Belize. San Pedro, Ambergris Caye remains Belize prime tourism destination.

BTIA elects new board members for the San Pedro chapter