The Government of Belize is trying to sell a proposal to the Public Service Union (PSU), asking them to agree with the proposition of waiving or deferring their increments in salaries for the current fiscal year. This is a measure to save as much money as possible as the country’s economy has been affected due to COVID-19. The PSU’s alleged refusal to agree led Prime Minister Right Honourable Dean Barrow to host a virtual press conference on Friday, April 8th to discuss the issue. 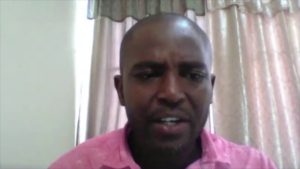 The situation with the PSU has been brewing for weeks, as they remain firm in their position not to waive or defer increments until they can meet with Financial Secretary Joseph Waight. The PSU wants to sit with Waight and go over areas where the government is foreseeing a shortfall. The Union had previously received a letter from the Financial Secretary giving them an ultimatum that if they continue to reject the government’s proposal, an amendment to the Public Service Regulations would be sought to alter their salaries. PSU’s First Vice President, Dean Flowers told the media that they are prepared to make any sacrifice, as long as they are provided with a report highlighting actual figures. Flowers said that they have also made certain recommendations to Waight on the way forward in addressing the current crisis, but the Financial Secretary has not been amenable to such recommendations. “I need to state clearly that the PSU’s position is that we are not exempted and we should not be exempted from sacrifice in these trying times,” said Flowers. “If we are going to make sacrifices, then we must be shown the numbers, the shortfall, and together we will identify areas where to implement a cut and achieve the objective and the numbers they are looking for.” Flowers indicated that they have not received such information as yet.

During the virtual press conference, Prime Minister Barrow said that the Union is being unreasonable. Barrow said that its public officers are being asked the least of sacrifices. “I say without reservation that their position is unacceptable. So, everybody else must suffer and sacrifice except them,” said Barrow. He explained that their substantive salaries will remain intact and all the government is asking is for public officers to give up their increments for this fiscal year (2020-2021).

“When you compare it with the others in the very public sector such as the CEOs, contract officers, what they give up, they won’t get back,” said Barrow. This includes ministers, who gave up their April salary and will give up part of their allowances, like entertainment, housing, telephone, for the rest of the fiscal year.

According to Barrow, the government has a monthly expenditure of around $90 million, with the majority of expenses in salaries. The COVID-19 pandemic has reduced tax revenue collection to just $41 million for April and revenues for May and forward is expected to decrease. Barrow said that to continue paying PSU members, the government will have to borrow money from the Central Bank. He stated that they are projecting a shortfall of more than $450 million. The Prime Minister stressed that he will do what he must to achieve the much-needed economic relief. He warned that if the PSU continues to oppose their proposal, he will approach the Governor General to amend the regulations and empower him to impose it on public servants.

Once the regulation is amended, Barrow, as the Minister of Finance, will then be expected to make the changes to salaries under the Public Service Regulations following consultation with the PSU. Barrow emphasized that such an amendment is necessary to not run into further financing problems. He weighed in on the talks about the PSU taking the government to court. “I will remind them that no court can oblige the government to pay what it simply does not have,” Barrow ended.

The PSU hopes to reach an agreement with the government and does not expect them to try to amend the regulation without having a final talk with them.