Countries within the Central American and Caribbean region are battling more than a health crisis during the COVID-19 pandemic, as their revenues take a direct hit as well. Despite a 23.1% increase in the gross domestic product (GDP) in Latin America and the Caribbean (LAC) in 2018, the Inter-American Development Bank (IDB) is anticipating declining growth due to the pandemic and the ensuing global economic crisis. 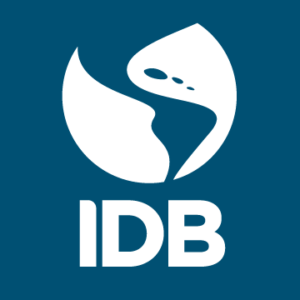 “Revenue Statistics in Latin America and the Caribbean 2020” is a joint publication by the IDB, the Inter-American Centre of Tax Administrations (CIAT), the Economic Commission for Latin America and the Caribbean (ECLAC), the Organization for Economic Co-operation and Development (OECD) Centre for Tax Policy and Administration and the OECD Development Centre. It covers 26 countries, including St Lucia for the first time. It records tax-to-GDP ratios —measured as tax revenues, including social security contributions paid to the general government, as a proportion of GDP.

The report states that the increase of 0.4% points from 2017 to 2018 is the highest level of tax revenues ever recorded for the region. Belize recorded an increase of 1.4 percent, one of three countries recording the largest tax revenue increase (Trinidad and Tobago and Guyana being the other two countries). However, those LAC tax revenues are still considered far below the Organization for Economic Cooperation and Development, averaging a mere 34.3% in 2018. This limits the LAC’s capacity to finance public goods and services or to cushion economic shocks in the region.

One such economic shock is the current pandemic. “The region has subsequently faced major headwinds, which have intensified as a result of the COVID-19 pandemic,” says the IDB. The region was already facing difficulties in 2019. “Economic conditions across the region deteriorated in 2019, in large part due to a decline in commodity prices”

The IDB added, “[the] LAC’s relatively low levels of revenue-generation restricts spending on public services —including health — and raises questions about how countries will finance the emergency social protection measures they are introducing to respond to the COVID-19 pandemic. Moreover, weaker administrative systems for managing taxes and transfers relative to those in OECD countries reduce the range of tools available to the region in effectively responding to the crisis…Looking ahead, in the wake of COVID-19, it will be necessary for LAC economies to strengthen the role of tax systems to stimulate inclusive economic development and, in the longer term, to restore their public finances onto a more sustainable footing.”

According to Prime Minister Right Honourable Dean Barrow, Belize’s tax revenue for April was said to be $41 million, less than half of the government’s $90 million monthly wage bill. The collections for May are expected to be around $30 million, and the government is already planning to borrow from the Central Bank in order to meet the financial obligations of its operations. While Belize has had no new cases of COVID-19 for over 28 days, the closure of its borders and ensuing state of emergency effectively shut down its tourism industry, grinding its economy to a halt.

Regionally, the report notes that ‘hydrocarbon revenues are declining precipitously in 2020 as a result of collapsing oil prices’. There has been a 0.2% drop in those revenues, down from 2.7% in 2018 to 2.5% in 2019 and 2020 across the region’s main producers.

Moving forward
According to the IDB, it will be necessary for LAC economies to strengthen the role of tax systems to stimulate inclusive economic development and, in the longer term. The idea is to restore their public finances onto a more sustainable footing.
A piece of information included in the IDB report includes a special feature on equivalent fiscal pressure (EFP) in the LAC region. It tracks a broader range of fiscal revenues than taxes collected by the governments. This includes non-tax revenues from natural resources and mandatory contributions to private social security schemes. In 2018, EFP averaged 25% of GDP across the region, a 4% increase compared to 2017. The report ends by noting that over the period from 1990 to 2018, the LAC’s average tax-to-GDP has trended towards the OECD average, which increased from 31.9% to 34.3% in 2018. The recent increase, by 1.5% between 2016 and 2018, has been considered the best performance in recent times.