A San Pedro Town resident is recuperating at the Belize Health Care Partners Limited in Belize City. According to a family member the woman, identified as 40 year old Deni Eiley was attacked sometime between Friday night and Saturday morning inside her home in the San Pablo Area of San Pedro Town. While neighbors heard dogs barking sometime around nine on Friday night, it was not until around seven on Saturday morning that Eiley was found by her 17 year old son.
Family members report that a lone Hispanic male stormed into Eiley’s house and attacked her. No one has been arrested in relation to this incident. Members of the public that might have any information that can assist the police in their investigation are asked to contact the police department at 226-2022.
On Sunday the San Pedro Town community joined friends and family member of Deni Eiley at BC Bar and Grill to raise money to be used to help assist Eiley pay her hospital bills. 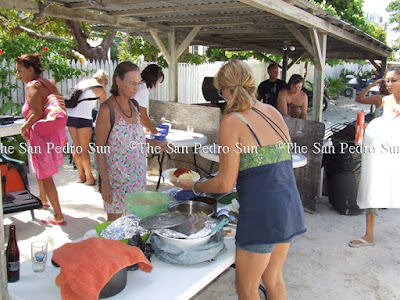 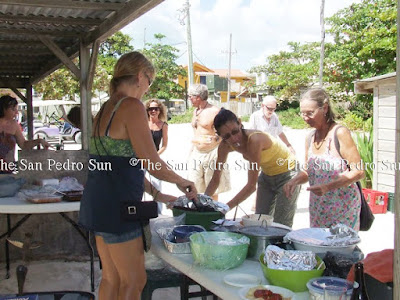 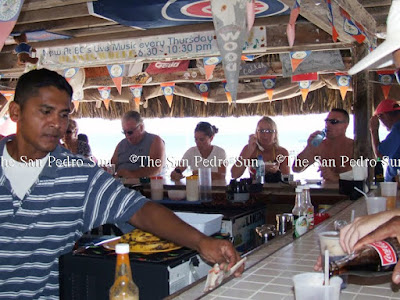 Meanwhile, San Pedro Police is investigating another incident that occurred on Sunday morning. According to police they received a call for help from a woman in the San Pedrito Area of San Pedro Town.
The woman told police that she found a man inside the room of her 13 year old daughter. The woman went on to explain that the man had a knife to her daughter’s neck and it appeared that the man intended to rape her but upon discovery he ran out through one of the doors and made good his escape. Based on the description given, police arrested a 16 year old male minor from the same area for this incident. The male is expected to be charged today (Tuesday) with a number of criminal offences including burglary and aggravated assault

The Office of the Special Envoy for the Development of Families & Children Condemns the Murder of Kendra Middleton and her son, Aiden Middleton