After having met with the island’s neighborhood watches and other key people, Honorable Manuel Heredia Jr. was presented with a suggestion, one which he hoped to take to Cabinet for recommendation. The suggestion was to implement a requirement at Water Taxis where passengers would have to submit information such as name, place of stay while on the island and how many days the passengers plan on visiting. 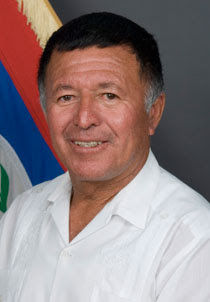 The intention was to have a manifest of the passengers traveling to and from Belize City or Chetumal, the same way airlines have a manifesto. While granting television media interviews Honorable Heredia was quoted as saying, “Many of the officers that were responsible for taking control of the island that is what they used to do. Times have changed and its regretful because now with the human rights situation and so there are many people that – oh you are taking away the privilege of, in particular when it happens to the Creole descent. That is the first thing you will hear. But again, I feel that if we have to do that, we have to do it because we have to regain our community […].”

This has sparked a national controversy where his quote is stated as being an “apartheid type measure.”
Yesterday evening, the Government Press Office issued the following, “The Hon. Manuel Heredia, Minister of Tourism and Civil Aviation, regrets having made certain comments during a Channel Seven News interview which have been interpreted by some to contain an element of racial bias.
The reference to the people of Creole decent was made merely to highlight the fact that when the draconian crime prevention tactic of deporting potential trouble-makers was last employed on the Island, it was criticized by some for its similarity to racial profiling.
Hon. Heredia wishes to assure all that while he remains passionate and committed to tackling the issue of crime on the Island, he has always and will continue to advocate for fair and equal treatment of all persons, a fact which is borne out by his unquestionable record of service to all manner of people.
Hon. Heredia is confident that residents, visitors and the police are all working towards the same goal of reducing crime and making our community safer, and is equally confident that we can and will find a solution to crime on the Island.”