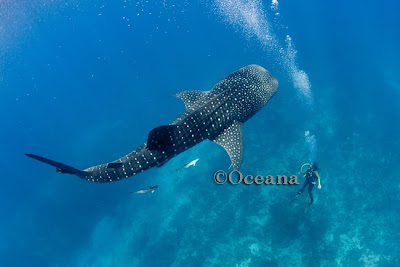 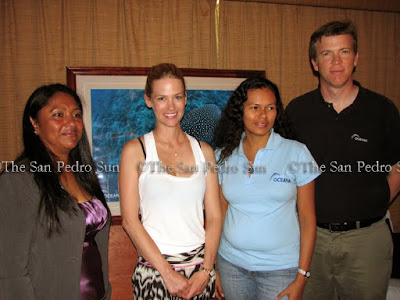 Actress January Jones, of “Mad Men” fame on AMC, has been in Belize for a few days this past week to film a PSA (public service announcement) for Oceana entitled “Scared for Sharks”. She travelled along with a film crew to get footage of the famous Whale Sharks in Gladden Spit, Placencia as part of her campaign which will be aired internationally. Her campaigns have been featured in Travel + Leisure, InStyle, Sports Illustrated and more. 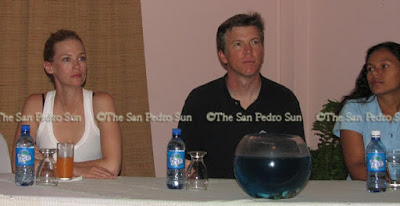 Today, May 7, 2010, January was at the Best Western Belize Biltmore Plaza along with Ms. Audrey Matura Shepherd, Director for Oceana, Belize City office, International Oceana Director Matt Little-John, Marine Scientist Julie Stockbridge and Underwater Camera Operator Neil Andrea to speak a bit more on the two and a half day’s worth of activities. 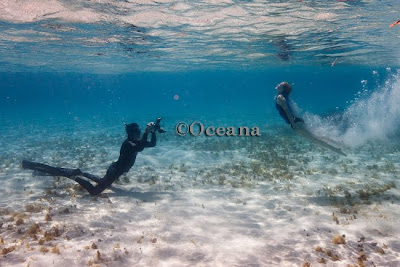 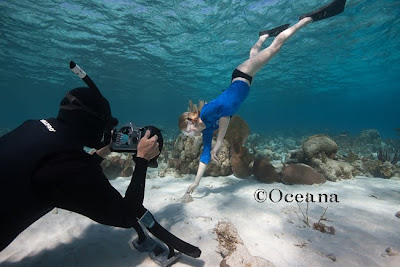 According to Ms. Jones, her interest in sharks began from a very young age, and when it came time to choose a charity, when she was able to make an impact, Oceana seemed the perfect organization to volunteer her time. 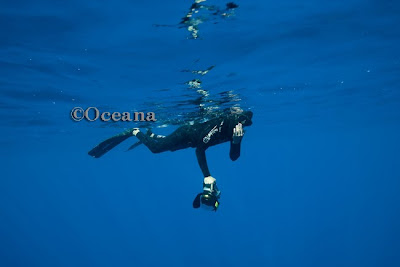 While at Gladden’s Spit, they were conscious that the opportunity to spot a Whale Shark was not a guarantee, but during one of their outings, they were looking to leave they noticed a whale shark near their boat in about 20 feet of water. According to Jones, the experience was unlike any other, and she is hard pressed to find words to describe just how it was. They were able to get great shots on film for the PSA.
The PSA will be edited in two versions, one for the US and one for Belize, which Oceana will be responsible for airing countrywide.
After the meeting, January Jones and the film crew went directly to the International Airport to board their flight back home. Look for more details in the upcoming issue of The San Pedro Sun.