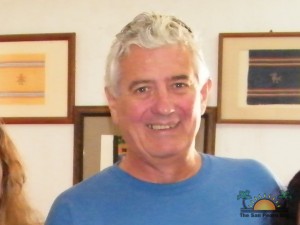 San Pedro Police have formally arrested and brought several charges against 57 year old businessman Peter Lawrence of Pedro’s Inn in San Pedro Town. Lawrence was detained by SP Police on his premises after he allegedly failed to produce a gaming permit for gambling on the night of July 18th, 2012. His arrest comes as a result of a warrant obtained by the Gambling Control Board of Belize and served to the San Pedro Police Department.

Police say that after meeting with members of the Gambling Control Board of Belize, they decided to conduct a special operation to look into the matter of gaming at Lawrence’s establishment. Sometime around 9:30PM on Wednesday July 18th, 2012, a team of Police officers, carrying a warrant, descended on the premises of Pedro’s Inn located on Sea Grape Drive in San Pedro Town. According to the Police, they observed a female bartender, later identified as 30 year old Ayanna Ramos, of San Pedro Town, dealing cards around a poker table. They observed proprietor Peter Lawrence accompanied by five other persons with poker chips and cards apparently gambling. When requested by Police, the authorities say that Lawrence was unable to provide a gaming license from the Gambling Control Board of Belize. 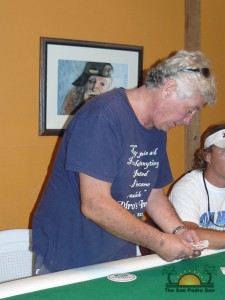 After appearing in court late on Thursday July 19th, 2012 both Lawrence and Ramos were escorted to the San Pedro Magistrate Court where charges were read to them. The SP Magistrate offered bail in the sum of $2000 and $1000 for Lawrence and Ramos respectively. The two were able to meet bail and were released until their court appearance, scheduled for September 27th.

The San Pedro Sun understands that the Gambling Control Board of Belize has obtained several publications, both print and electronic, that promotes Pedro’s Inn as an establishment for gambling.

Letter to the Editor: Innocence Lost