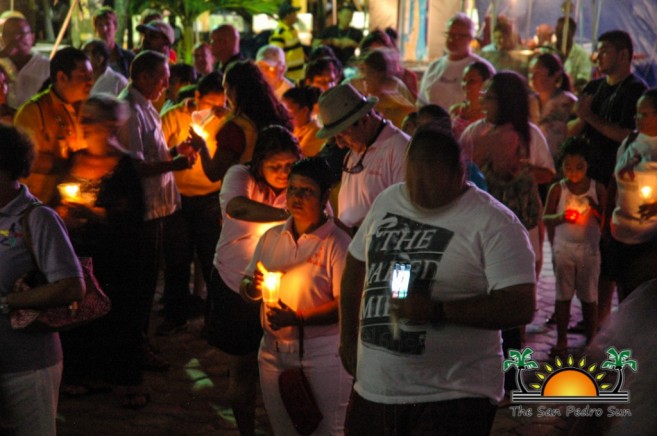 The food sale was held next to BOAZ Golf Cart Rentals, and was aimed to raise funds to assist patients battling cancer on the island. With the help of generous donors, the organization had a variety of cakes, cupcakes and pies to choose from, and even hot tamales on sale. The fundraiser was certainly a success, raising a grand total of $1,105.85. 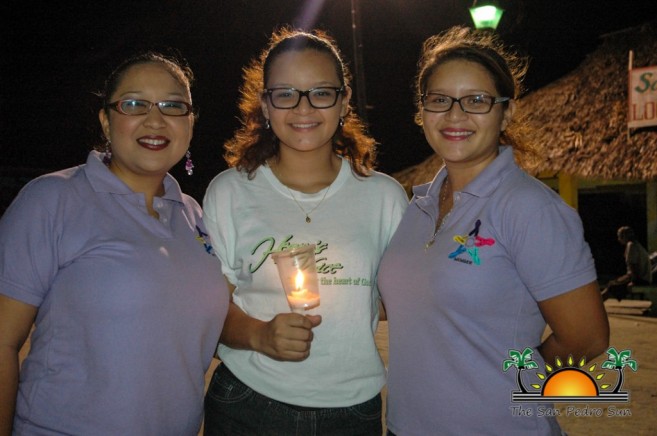 At the end of the candle light walk, the San Pedro Cancer Society held a small raffle. Ilsa Salazar was the first place winner who took home a cellular phone courtesy of Smart. Second place went to Isela Graniel who won a round trip ticket courtesy of Tropic Air, while third place went to Melanie Paz who won a pizza courtesy of The Island Torch Restaurant. The San Pedro Cancer Society also received two checks, one from Castillo’s Hardware store in the sum of $500 and the other was from the staff of the Belize Bank San Pedro Branch in the sum of $320. 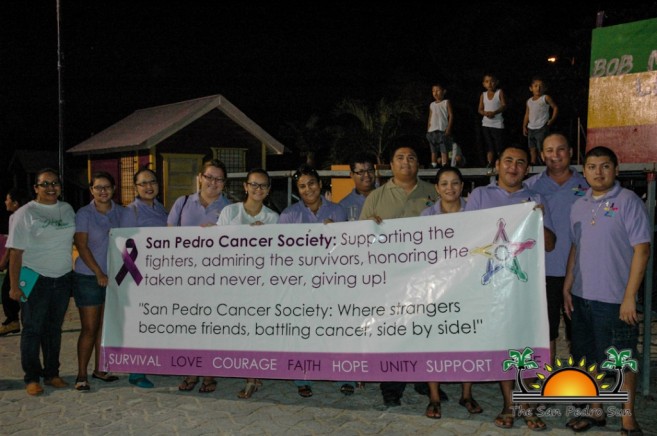