Mayor of San Pedro Town, Daniel “Danny” Guerrero has joined the Citizen on Patrol (COP) program in which he has pledged to volunteer eight hours of his time weekly. His decision was made on Wednesday May 28th, during a public meeting in which the National Coordinator of the COP program, Retired Senior Superintendent of Police Rudolph Orio, was present to galvanize support for the program on the island. Orio was on the island on the invitation of the Footprints for Peace, a grassroots organization aimed at fighting crime and restoring peace in the lives of the island’s citizen. 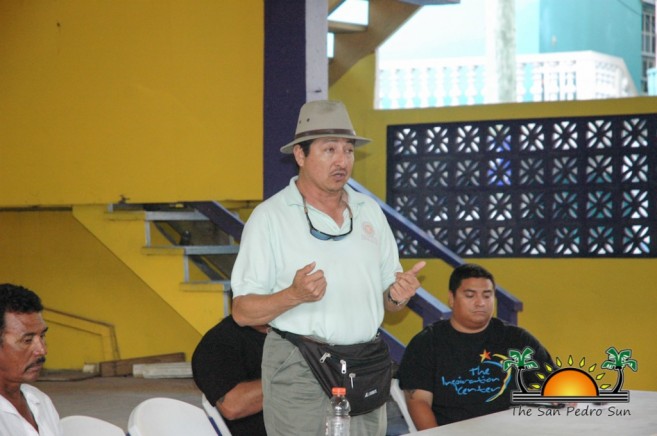 The decision to start the COP program came after Ambergris Caye saw a spike in crime, including two murders in the first quarter of the year. Footprints for Peace, was formed with the intention to fight crime in the best way they can. They have now turned to the community for support as they intend to bring the COP program to the island. The COP is a voluntary community program that has proven to work in the other parts of the world and in various parts of the country. It entails the citizen’s voluntary involvement to patrol, report suspicious activity and clean up the community of crime. 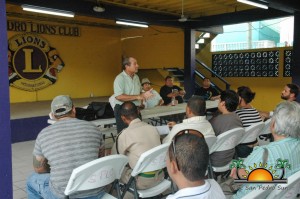 As Orio, explained, anyone 18 years and older, with a clean police record, and of sound mind can qualify for the COP program. The only requirement is for accepted COPs to volunteer four hours of their time weekly to conduct observatory patrol, as the COP has no powers of arrest. They will be equipped with a hand radio, patrol in pairs and will have the full protection to the Belize Police Department.
After a few suggestions and discussion with those in attendance, Mayor Danny explained that crime has no boundaries, no color, no race and no religion and does not discriminate. He took the opportunity to encourage the citizenry to take back the community from the hands of the few criminal elements and join the COP program. To encourage the community, he was the first to submit his name and join the COP program. 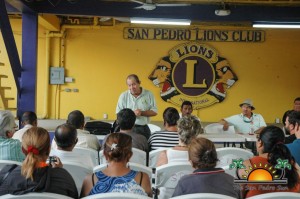 According to Footprints for Peace, one other way that the crime issue can be tackled is if the authorities seriously look at the apartment rental system on the island. Currently, many property owners who rent rooms are not paying revenue, property or trade taxes to the government and the municipality. What is worse is that there is no database as to who are landlords and tenants, making apartments perfect hiding places for potential criminals. “Some of these rooms are in the most deplorable and inhumane conditions and should never be allowed to be rented. It is these same slums that criminal use as their hiding grounds,” said one of the members of Footprint for Peace. They recommended that the relevant authorities conduct a comprehensive visit throughout the entire island and figure out who are involved in the rental business, come up with a standardized system which will outline the requirements needed for landlords to be able to rent rooms.
And while Footprints for Peace is working with Orio to get the COP program off the ground in San Pedro Town, they are also championing another cause. They will also be turning to the community for support to add pressure on government in an effort to improve the island’s health system. Despite pumping an estimated over 50% of all tourism dollars into government coffers, San Pedro Town is the only municipality without a hospital and without a 24-hour basic medical facility. Despite being promised by the current administration, (prior to them being elected in 2008) that promise has been unfulfilled; something that Footprints for Peace says is disappointing to say the least. “We cannot possibly continue like this and feel like everything is fine on our island. Our leaders are violating our human rights – equal opportunity to 24-hour basic health service,” indicated a Footprint for Peace spokesperson. 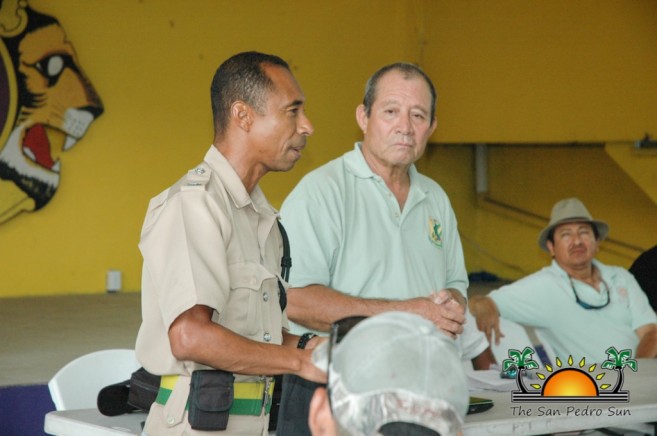 But that is not the only health problem Footprints for Peace believes needs to be addressed. The less fortunate that are unable to foot the cost of urgent medical service have been turning to the community time and time again for support. “We find that more and more, people are unable to access medical attention because they simply cannot afford it. Our system is failing our poor people because these people are left alone at the mercy of the community. This is one community that knows to reach out to people but the island cannot continue on this path.” The organization believes that there must be another alternative.
In every district town, with the exception of San Pedro Town, there is at least one 24-hour public medical facility. In the case of the Cayo District, there are three; The Western Regional Hospital in Belmopan, the Santa Elena Town Community Hospital and the Benque Viejo Town Health Center. In some areas of the country, like Toledo, Stann Creek and Corozal districts as well as Southside Belize City, residents have full access to all forms of medical attention through the National Health Insurance, something that has not been contemplated for the residents of Belize Rural South.
To find out more on how you can be a part of the COP program you can contact Freddy Gonzalez at 604-0949 or for more on Footprint for Peace contact Natalie Arceo at 670-7030.

Public asked to be mindful of Turtle Nesting Season