Dress A Girl Around the World reaches out to Belizeans


“Imagine a world where every little girl owned at least one dress.” That is the imagination of a group of American women at the Dress A Girl Around the World Foundation, that brought one of its members to Ambergris Caye. The member of the foundation tagged along with the Belize Mission Project 2014 and during her stay in Belize, she distributed over 350 dresses and other small items. 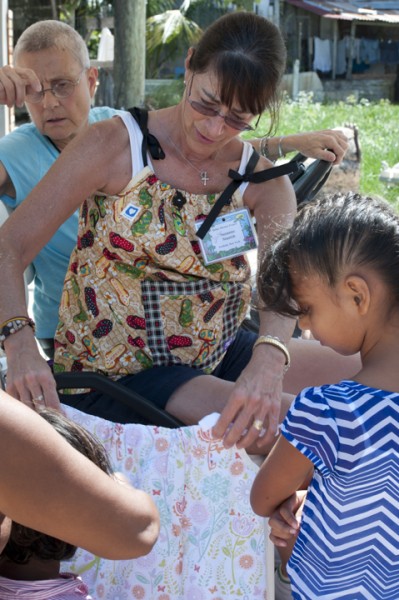 The Dress A Girl Around the World Foundation is based in the US but has members in various countries including Canada, United Kingdom, Poland and Costa Rica. It was established in 2009 after founding member Rachel Eggum Cindar returned from Uganda, where she was a part of an empowerment project for ladies called Smile Africa. Sewing with African ladies pushed Cindarto start a new initiative and now the Dress A Girl Around The World has gained much public support. 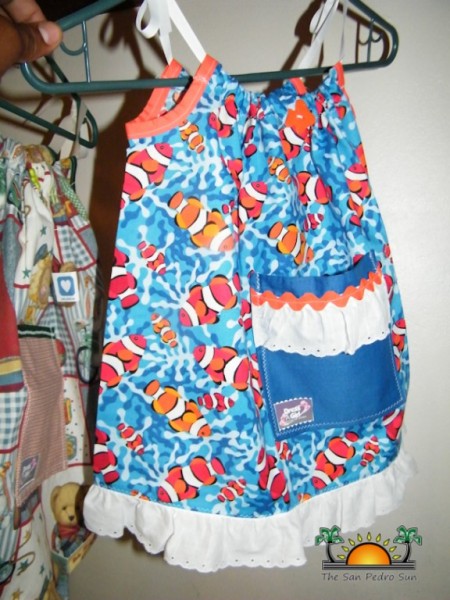 Visiting member of the organization Suzanne Stanish, said that she has helped with volunteers getting to Belize and this year, decided to team up with the dental team. While in Belize assisting with the dental team, she decided to bring 350 dresses, female under garments, five boxes of tooth brushes and stuffed toys.

As part of the Dress A Girl Around the World Foundation, Stanish decided to reach out to the Belizeans by distributing the items around the island and other parts of the country. 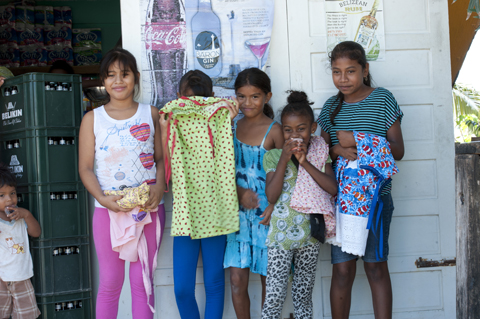 “We have been handing out flyers and while doing so in the various neighborhoods, we have been giving out the dresses and other stuff. We divided into six groups and so we all gave them some dresses to give out,” said Stanish. “I spend a lot of time making these dresses myself and it was my dream to come and see the little girls getting the dresses and it was a rewarding experience.”


According to Stanish, the dresses are all sewn from basic material taking between an hour to an hour and half to complete one. “The idea is that every little girl should have a pretty little dress with our logo on it. We believe that by putting the organization’s logo our messages such as ‘Jesus loves me’ will keep sexual or other predators away from them,” explained Stanish. 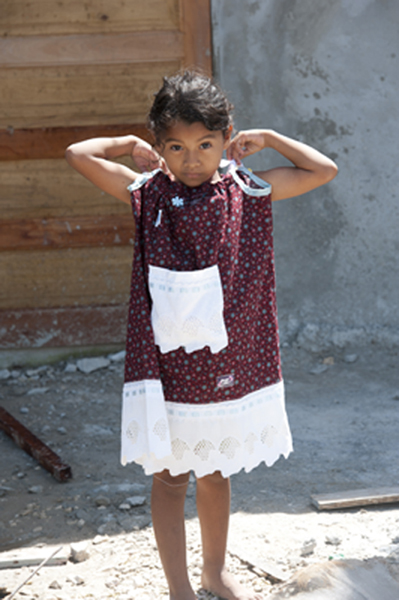 The dresses have been sown in different sizes and have been distributed extensively including mainland Belize. It is the hope of Stanish to return in the future to do similar events alongside with the Belize Mission Project.