On Thursday, December 17th, Belize’s military partners in the United States donated more than a million US dollars in equipment for the Belize National Coast Guard (BNCG). The valuable assistance given to the Belizean maritime law enforcement will bolster their operations of national security in the fight against transnational crime. The hefty donation came through the US Embassy in Belize and was officially handed over a BNCG headquarters near Mile Four on the George Price Highway. 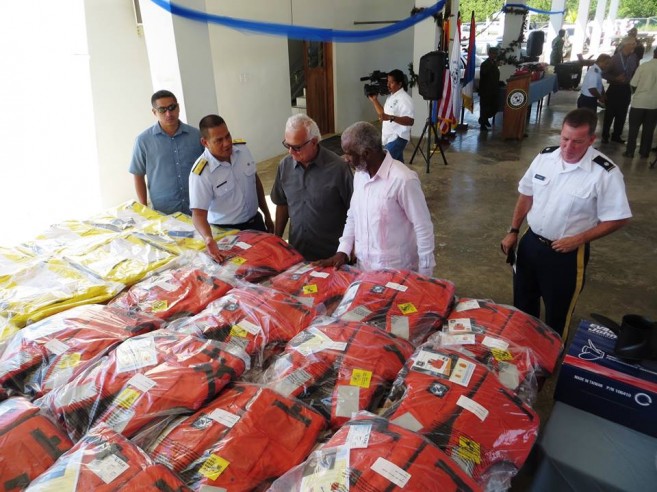 The Commandant of the BNCG, Rear Admiral John Borland welcomed the donation and explained how the resources donated will be utilized. “There is a variety of equipment, ranging from zodiac tactical boats that are mainly going to be employed by the Seals for tactical operations. There are life jackets—two hundred of them on display; those are going to be issued to the fleet. They are the people who do the work on a daily basis; they go to the sea everyday so they need the best equipment we have. The foul weather gear is also going to be issued to the fleet. There are two hundred sets and they are going to be used whenever the fleet’s on operation in foul weather. The better you take care of a man under inclement conditions, the better they will operate. What you don’t see on display because it is already in use is the tactical gear, which includes body armor, tactical floatation devices, night observation devices and surveillance cameras and laptop computer equipment,” said Borland. He also stated that the equipment will be used immediately by the seals and fleet unit of the Belizean Coast Guard. 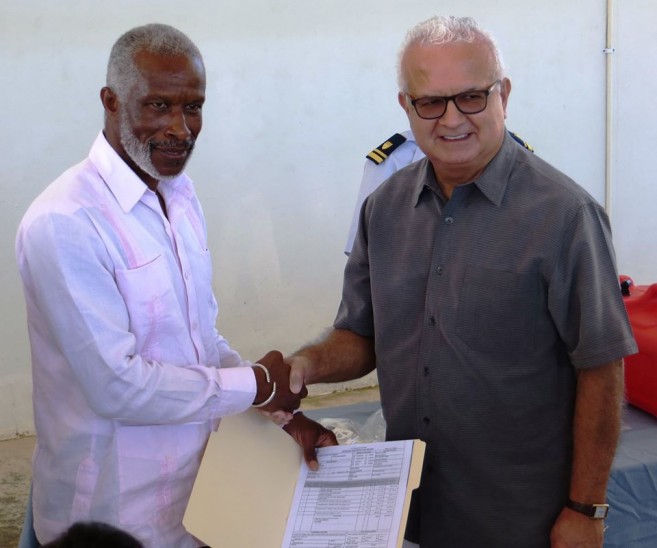 United States Ambassador to Belize, His Excellency Carlos Moreno, stated that two important entities contributed to the donation. These include the U.S. Southern Command and the International Narcotics and Law Enforcement division. He also described the different equipment donated, commenting on the relationship between Belize and the United States military. “This represents the continuation of the fine relationship between the United States and the Government of Belize as it affects the coast guard. The relationship goes back to 2010 with the creation of the Belize Coast Guard and the provision of the vessels and so forth. Today represents the donation of about eight zodiac floatable vessels, two hundred life vests, an equal number of rain protective gears, outboard motors and so forth. It is also a reflection of the level of cooperation between both governments in terms of providing for the national security and border protection of Belize,” stated Moreno. 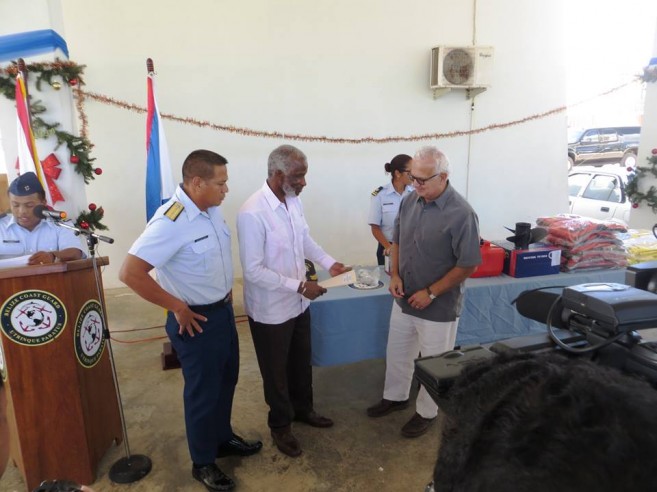 Present at the handover of the equipments was also CEO in the Ministry of National Security, Retired Colonel George Lovell, who indicated that despite the challenges the Government faces in keeping the Coast Guard functioning, he acknowledges the hard work of the men and women out at sea. He also spoke about the advantages the donation will bring to the day to day activities of the BNCG. “These eight zodiacs and two hundred life jackets and foul weather gear will help them to be able to be out there in adverse weather and to be able to transit all those shallow areas that are often experienced in northern San Pedro, Bacalar Chico area and these mangrove areas where these Boston Whalers and fast boats cannot transit. They will now be able to operate in these areas and to be a little more effective. So this will bring more efficiency and effectiveness to the operations that the coast guard undergoes,” said Lovell.
The Government of Belize will continue working with its partners in order to keep its security forces well equipped and prepared in order to ensure the safety of the country and the region. According to Lovell, his government is also doing their part and through a CABEI loan, has already approved over twenty six million dollars to acquire two large boats for the BNCG. Lovell indicated that they are taking with their Mexican counterparts about the two additional boats, and so far everything is looking good.
The vessels are expected to be in Belize by the end of 2016 or early 2017, said Lovell.