After being found guilty in October of 2015 for the death of island resident Lionel Pinelo, San Pedro resident Jason Reyes has made major rehabilitation strides at the Kolbe Foundation Belize Central Prison. The San Pedro Sun spoke to a prison administrator who was pleased to share the good news of Reyes’ progress. He has gone so far as to work as an Emergency Medical Technician (EMT) alongside the prison doctor, while undergoing training to be officially certified by the time he gets out. It is expected that if everything goes well, he might be out on parole, and is likely to be hired as an EMT with the Government of Belize. 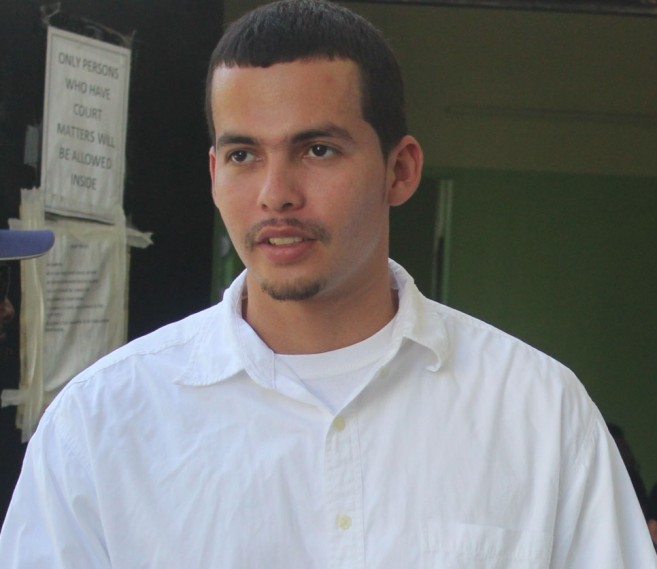 Reyes has been in jail in since 2011, following the deadly stabbing of Pinelo in November 2010, at a pub known at the time as Rainbow Star Bar on Laguna Drive. The official report stated that while socializing in front of the bar that night, Pinelo approached Reyes and began speaking to him in a friendly tone. However, Reyes came toward him and swung, after which Pinelo sat on a golf cart while holding his side. The official report said witnesses confirmed seeing when Pinelo was stabbed to the left side of his chest. Pinelo was then taken to the Dr. Otto Rodriguez San Pedro Polyclinic II for treatment. Due to the severe loss of blood, Pinelo died the following day.
When Reyes was convicted, the judge lessened the charge to manslaughter instead of murder. According to the judge, while it was certain that Reyes inflicted the stab wound on Pinelo, it was not intended to cause his death and therefore it was not a murderous act.
According to Doctor Javier Novelo of the Central Prison, from the moment Reyes was remanded, he showed an interest in the medical field. “After doing health presentations at various sections of the prison, I saw his interest in the field, so I placed him as medic personnel to work with me. His duties were just to distribute medications and getting complaints from those who are sick,” said Novelo. “After observing his dedication, I brought him to the medic department of the prison, where he trained with me for over a year.” Novelo said that as part of their rehabilitation program, he has been able to convince the prison’s administration to allow certain inmates to learn trades, such as paramedic, so that when they return to society, they have a profession to earn a living.
Reyes recently took part in a two-month EMT training at the University of Belize, Belize City Campus. “He continues to show interest, and I believe he has a lot of potential in the field,” said Novelo. “He wants to change his life and become a productive citizen.” In the coming days, Reyes, along with other inmates, will take an examination that could certify him as an EMT paramedic. The certification will allow him to legally practice the profession, and he can be hired at any medical institution in the country. Kolbe Foundation believes that everyone deserves a second chance, and that is exactly what the prison tries to do for all convicted prisoners who show an interest in changing their lives around.
The San Pedro Sun will continue following this story, updating on Reyes’ progress as he prepares to reincorporate into society after almost seven years in prison.