A group of 35 Venezuelan nationals, a Moroccan, and one person from the Dominican Republic traveling from Panama on January 18th on a COPA Airlines flight were found inadmissible to enter Belize. Attempts to return them to their last point of embarkation- Panama saw difficulties. The process extended to Saturday, January 22nd, when 21 passengers were returned to Panama via COPA, while eight sought refugee status in Belize. Several of the remaining persons, including children, could not leave the country after testing positive for COVID-19. These persons will remain (detained) at a hotel in Belize city at the expense of COPA Airlines. They will be returned to Panama as soon as it is safe to travel. 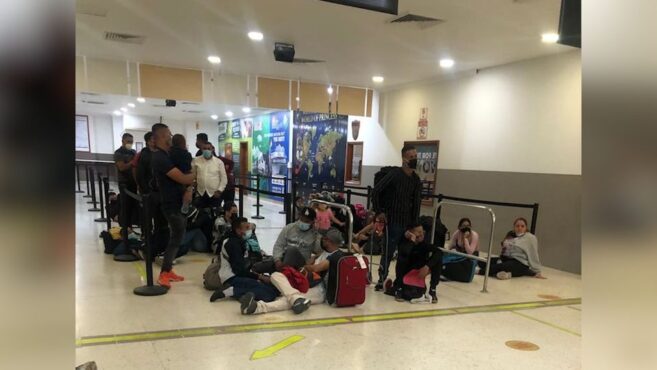 At a press conference on Thursday, January 20th, the Minister of Foreign Affairs, Foreign Trade, and Immigration, Honourable Eamon Courtenay, explained why they were not allowed into the country. The travelers, 21 men, nine females, and seven children, only had one-way plane tickets to Belize from Panama. Additionally, they presented fake hotel reservations. 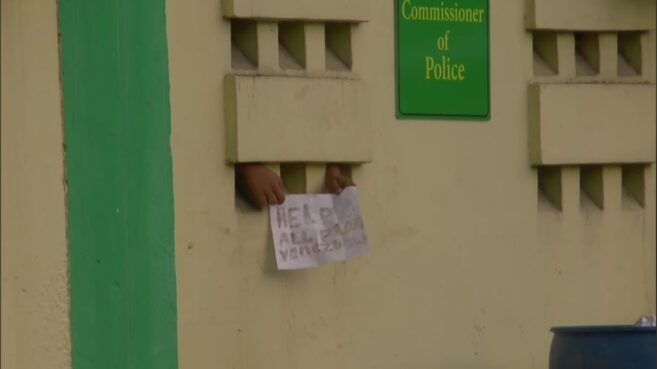 According to the Ministry of Foreign Affairs report, on January 18th, when they arrived, the passengers were boarded back on the COPA flight after being denied entry to Belize. The passenger from the Dominican Republic objected to being returned to Panama and incited the other persons in the group to become disruptive. As a result, the COPA flight crew refused to transport them back to Panama as they presented a security risk. The group was escorted off the plane, and the adults were held at the Queen Street Police Station in Belize City. According to Courtenay, the minors were transported to the Dorothy Menzies Children’s Home on the advice of the Department of Human Services. They were then transported to the Biltmore Plaza Hotel on the Philip Goldson Highway. COPA was to meet all expenses. 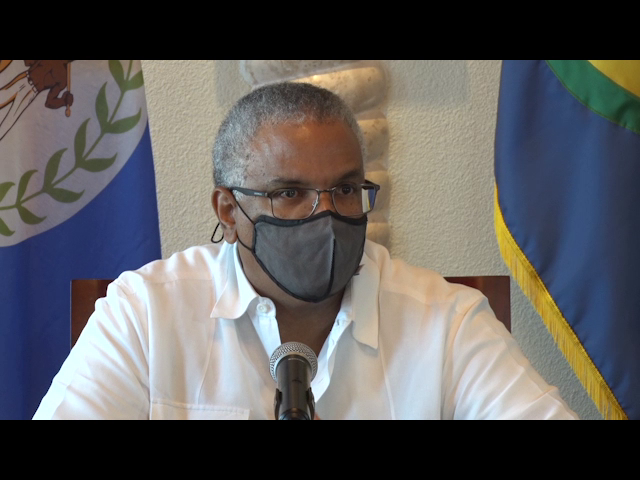 The Dominical Republic national was removed from the country on Friday, January 21st, and taken to Panama on a TAG Airlines via Guatemala. This was to avoid a repeat of the incident on January 18th, when this person initiated a disturbance on the COPA aircraft. The following day, 19 Venezuelan nationals and the Moroccan were returned to Panama as planned.

The United Nations High Commissioner for Refugees in Belize (UNHCR) is looking after eight Venezuelan nationals who have sought refugee status. The Government of Belize has informed the UNHCR that it should ensure that none of these persons seeking asylum disappear while their refugee applications are being processed. 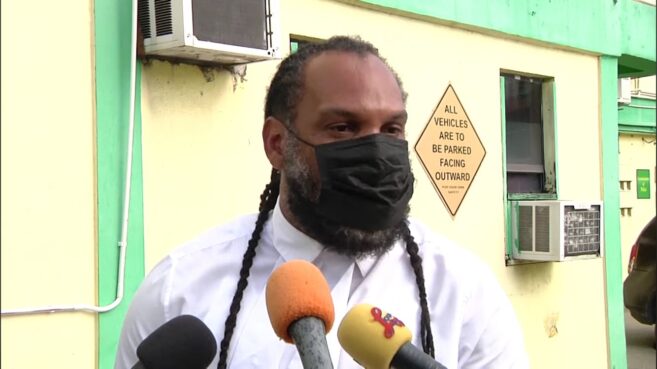 Attorney for migrants Orson Elrington and the Human Rights Commission of Belize asked the Belizean authorities to process the persons with complete adherence to the law. Elrington claimed that the passengers’ rights had been violated and were treated inhumanely. Some of the detained travelers pushed through some windows at the police station building, flashing a note saying, ‘Help all from Venezuela.’ Belize’s Minister of Foreign Affairs Courtenay refuted such allegations and said the travelers received proper treatment, including food. Elrington said he is disappointed with the Belize Police Department, Immigration Department, and the Ministry of Foreign Affairs in how they handled the situation.

In the wake of this irregular group of travelers, the Minister of Foreign Affairs expressed his concerns and said his ministry would continue monitoring the cooperation with their international partners. While other countries like Guatemala and Mexico have imposed visa requirements for Venezuelans, Courtenay said they need to analyze this issue to take such a decision.

More on Community and Society
National Symposium on the Commercial Sexual Exploitation of Children!!