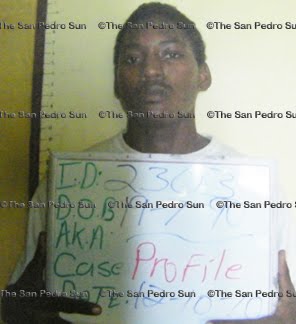 The San Pedro Police have reason to believe that the gunshot victim – now identified as Francis Alexander Figerroa Cardenas (he was previously using an alias: Bejan Wade)- was beaten at a different location, and then was apparently driven home in a golf cart where he was dropped off in front of his house. He was then shot in the head at least once, although there were multiple shots heard. Quick work by the Police has located the golf cart that is believed was used to transport the victim. Anyone with further information is asked to please contact the San Pedro Police Station (226-2022). Police are looking for two suspects. 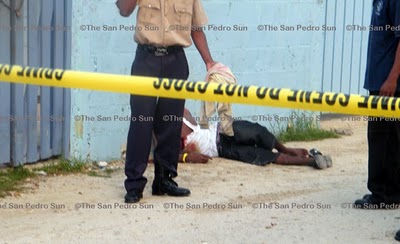 At around 6:00am, The San Pedro Sun received a call that a young man lay dying on the street in the San Juan area as a result of a shooting.

He was still alive when daylight broke, and Police scrambled to locate a doctor and nurse, then transported him to the San Pedro Poly Clinic II, where he was officially pronounced dead at 7:15am.

Police have not released the name of the victim, as family has not been notified. However, according to witnesses at the scene of the crime, it is believed that the shooting was the end result of a fight that escalated to yet another senseless murder.