In Season Two of a podcast called Down the Path, creator and writer Will Rice explores the circumstances surrounding the double murder of American Dr. Gary Swank and San Pedro’s tour guide Mario Graniel. Both were shot dead while on a fly-fishing trip on the flats off the western coast of Ambergris Caye in June 2019. The podcast was released in June 2020, and Rice narrates the events connected to the double homicide in five episodes, making reference to research, official information, interviews with Dr. Swank’s family, and news reports from Belizean media, including The San Pedro Sun.

According to Rice, the podcast was created to tell the story of what happened on June 23, 2019 in a way he believes has not been told. It’s an effort to let people understand the facts and draw their own conclusions about what happened. Rice makes it very clear that the podcast is not intended to damage tourism, the reputation of Belize or scare people (tourists and fly anglers in particular) away from visiting. “I have fished in Belize numerous times and I have always felt safe and always enjoyed my time there,” says Rice. He added that the podcast was also not created to judge the character or actions of the deceased.

The double homicide in the podcast 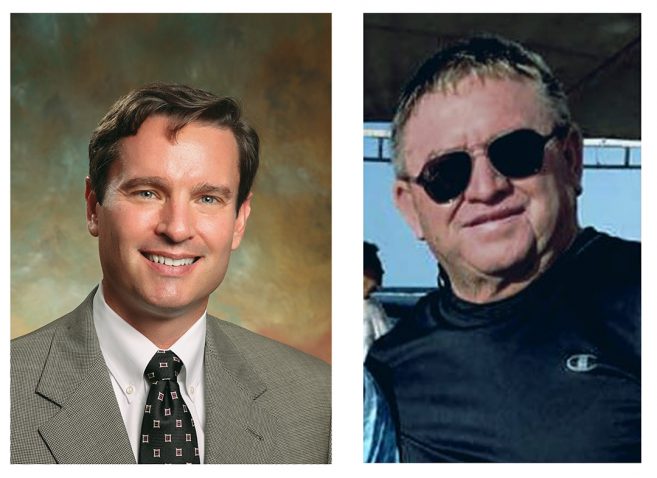 Each episode begins by referring to the double murder that took place on June 23, 2019. According to official reports, both Swank and Graniel were murdered in an apparent (boat) drive-by shooting. Police investigation believed that Graniel was the sole target of the attempt, and Dr. Swank was in the wrong place and with the wrong person. At the end, no one was convicted for the double homicide, which were the last murders registered on the island in over a year.

In Episode One, Rice talks about Ambergris Caye, the murder and includes clips/audios from Belizean media detailing the investigation, and an interview with Dr. Swank’s sister Melanie Wilhelm.

Episode Two presents people who knew Dr. Swank and Graniel, and interviews with Jim Klug of Yellow Dog Flyfishing Adventures. Klug provides his views on the incident and industry perspective. This episode also provides information from authorities zeroing in on a suspect.

San Pedro’s Wil Flack of Tres Pescados Fly Shop comments on the murders in Episode Three, sharing how he found out about the tragedy. Episode Four has two parts, the first of which looks at new developments in the case. The other documents attempts to contact the United States State Department and the Federal Bureau of Investigation.

The podcast ends with Episode Five looking deep at the reports from local police and what has taken place a year after the murders.

Editorial: Taking back our streets